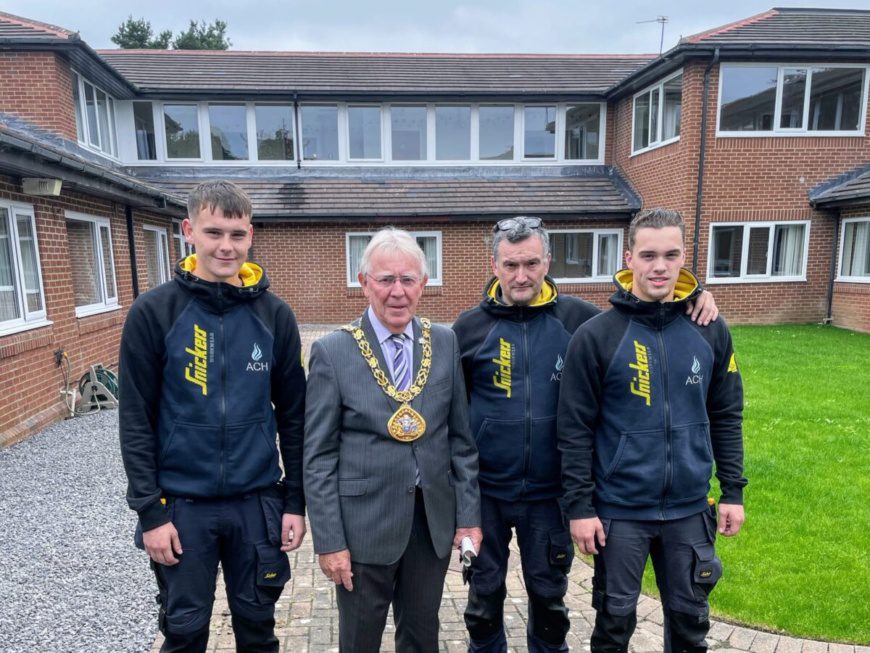 A FAMILY run business is turning up the heat as another generation joins the fold with the help of a North East college.

Darlington College student Connor Holmes is following in the footsteps of his grandfather as he joins his dad Anthony in his chosen trade.

But rather than start his career at the bottom of the ladder the 18-year-old apprentice has been made a director of Darlington-based ACH Plumbing and Heating so he can learn about running a company from the off. And one of his first tasks was to employ his 18-year-old college friend Harry Ward as another apprentice.

“I didn’t want Connor to be a gopher,” said Anthony, originally of Spennymoor, who also trained at Darlington College, at the old site in Cleveland Terrace, then as one of the first students to attend the new Haughton Road campus.

“My dad was a heating engineer and I remember getting pocket money for cleaning his tools and his van. But as our company grows I wanted Connor to have a real stake in it so made him a director.”

Connor said: “At my young age this is a great opportunity but an added responsibility as I don’t want to make any mistakes. At the same time as learning the trade I am also learning how to run a business. It’s something I never thought I would be doing. I thought I would start at the bottom of the pile not right at the top. Darlington College handles the apprentice programme really well and we really get on well with our tutor.”

He said he met Harry at college and they became good friends so offering him a position seemed a great opportunity for them both.

Anthony added: “Harry had experienced a few issues with some of his employers and we needed another good apprentice. He was completely blown away when we offered him the position, provided him with tools and equipment and offered to continue his training. If you invest time and money in people and make sure they receive good training then you get better results and better quality work, which is great for us and customers.”

Darlington College curriculum manager for construction and science Lisa Bowerbank said: “It is always great to see our apprentices given opportunities from early on in their careers to progress and get real life experience on the tools.

“Not only will Connor get to perfect his trade he will also learn how to run a business which is invaluable for the future. It is also a nod to Harry’s determination that he too has been taken on and will get to complete his apprenticeship in a company that gives him varied experiences.”