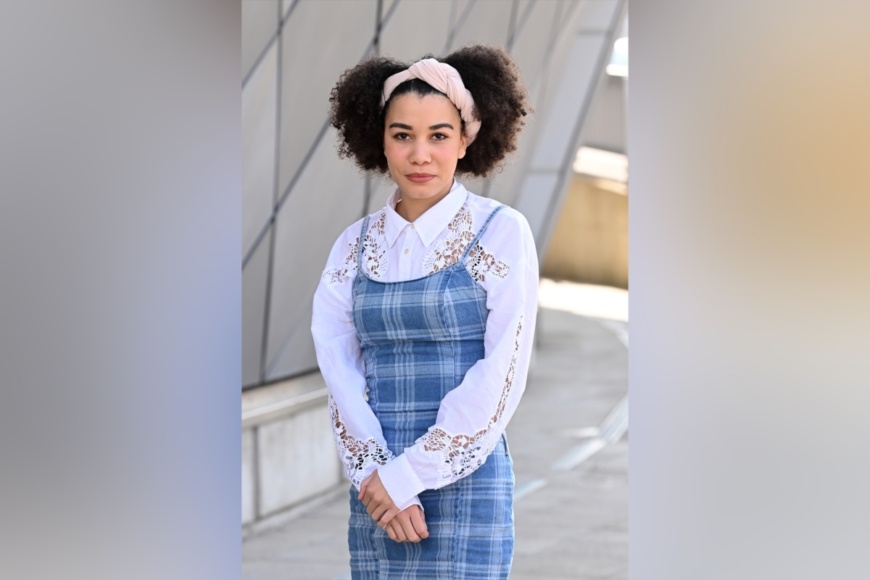 DARLINGTON COLLEGE apprentice journalist Tamika Green has been nominated as apprentice of the year in the National Council for the Training of Journalists awards.

“I grew up in Bury St Edmunds, a middle-class white town, where I went to a catholic school,” the 24 -year-old recalled. “I used to dislike being a person of colour – my mother is white and father African American – I would even try to straighten my Afro hair. But now I want to fight for change and equality.

“I was nominated by my editor for my passion for bringing in stories of diversity and my aim is always to write the best story I can.”

Tamika took to the streets in 2020 with hundreds of demonstrators protesting against the killing of George Floyd by police in Minneapolis.

She reported on a Bury St Edmunds resident who was once a student activist during the US civil rights movement with Martin Luther King and a friend of three people who went missing, whose story inspired the movie Mississippi Burning.

Tamika has also been working to highlight the valuable work carried out by men of colour during World War II. “I want to educate people about the massive contribution they made to the war effort,” she said.

After completing A levels at sixth form Tamika was unsure what she wanted to do as a career and read a degree in writing and film studies at Anglia Ruskin University, Cambridge, where she secured a first class honours.

“I remember feeling in limbo afterwards because it didn’t lead directly to a job,” she said. “I was working in a supermarket and feeling very depressed as I didn’t want to be there. I remember attending a talk by a film writer and I messaged him. He told me about the NCTJ and I managed to get as job with the Ipswich Star as a Meta community reporter which gave me the chance to do the course.

“I was struggling in Ipswich and began to question whether journalism was for me but I was also in contact with the editor of the Bury Free Press where I work now and will finish my apprenticeship in March. It was the best decision I could have made and I am now doing well.”

Tamika has high praise for Darlington College. “The college work has been all online but really good and the lecturers have been so supportive,” she said: “I’ve grabbed all sorts of opportunities and won apprentice of the year in the Women in Local News Awards, which was great.

“I love video journalism and hope to do more of that in the future. I’m also hoping to share more stories of diverse communities and ensure they are represented in the media.”