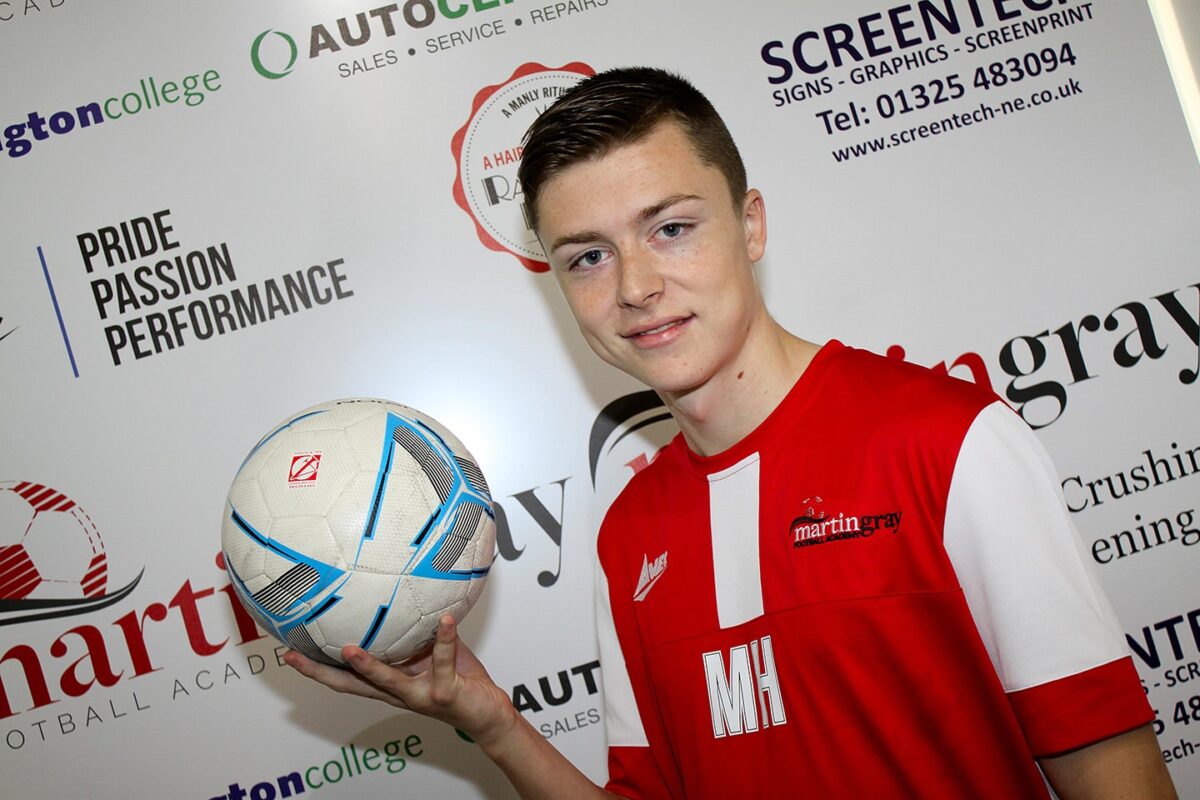 Darlington College student Mason Hurworth, 16, has attracted the attention of several top flight clubs after scoring nine goals in competitive matches since the start of September.

Central midfielder Mason, who is part of the Martin Gray Football Academy (MGFA), a unique partnership between football and education at Darlington College, is captain for Darlington Town U18s and has been selected for the Durham County U18 squad.

The former Haughton Academy pupil played a year above his age group in both junior and secondary school football teams, under the coaching of PE teacher Liam Taylor, and has played in the TJFA 1st division from seven to 16 years old with Darlington All Stars and Boro Rangers.

“I love football, its all I’ve ever wanted to do,” said Manchester United fan Mason.

“I’ve never even had a back up career; I’m purely focussed on doing my absolute best to become a professional player.

“I know it’s going to be hard but I just want to be able to play at the highest standard possible.”

The academy, which has signed a further five year contract with Darlington College, has already seen five of its students agree professional football terms, including 17-year-old Vinnie Steels who is currently signed to premiership team Burnley.

“We have a number of players who have secured scholarships in the USA, 11 have taken up university places to study sports science, coaching and physiotherapy and eight have been employed directly by the MGFA,” said Martin.

“Mason is a great box to box player, very athletic, and someone who goes out to try and improve every day.

“He has already been selected for the county team and has begun training with the senior team at Shildon AFC. He has a great attitude and a number of big clubs currently have him on their radar. I think he could be something very special.”

Mason’s mum Claire added: “Since joining the MGFA Mason has been working even harder towards his goal.

“With Martin’s constant support and mentoring I feel that he is now in the right place to grasp the opportunities available to him to finally reach his aim of playing professionally.”