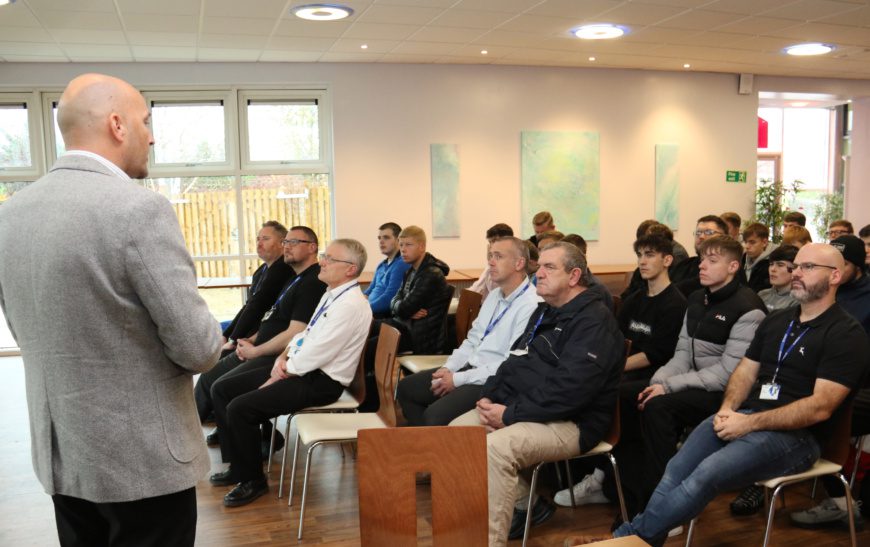 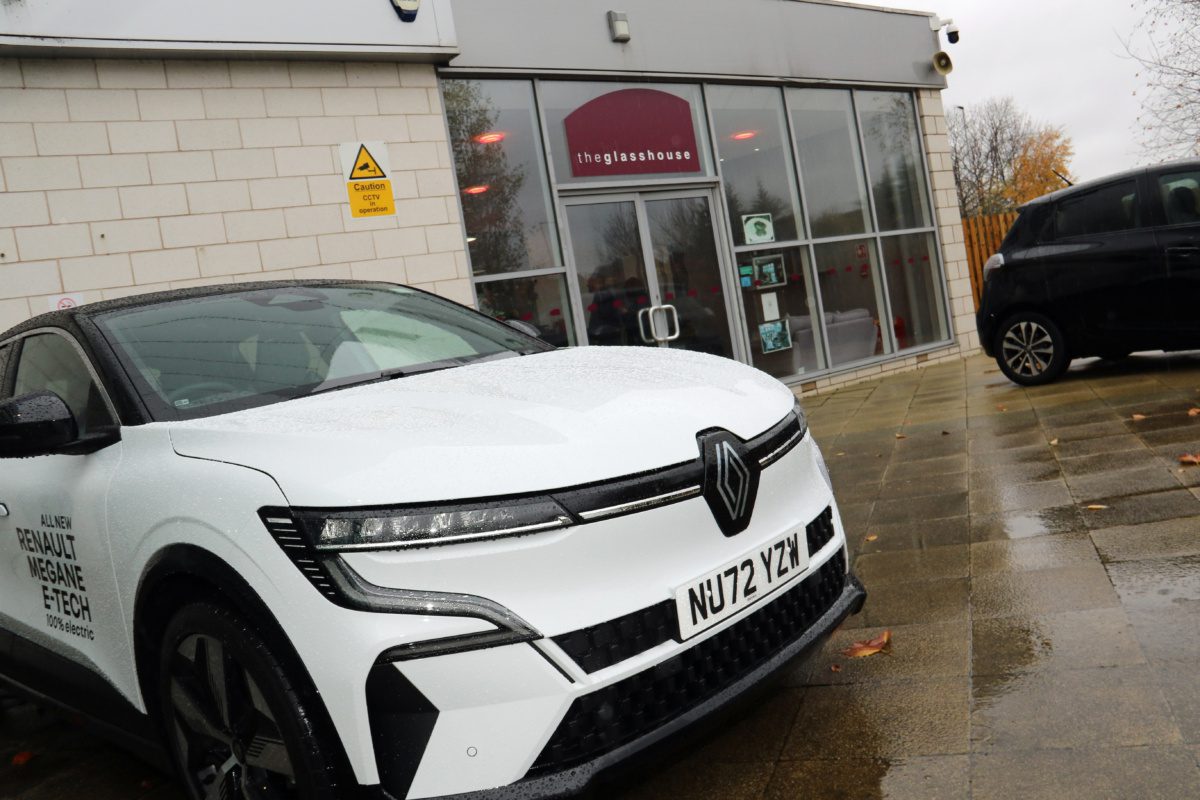 A SPARK of inspiration has been offered to the next generation of automotive technicians as they become the driving force of change in the world of electric motoring.

Employees from scores of local businesses packed a sustainability event staged by one of the country’s leading colleges in technological advancement.

Work is well under way at Darlington College on a new engineering block and electric vehicles centre, being built in response to the huge growth in electric vehicles and a predicted shortfall in qualified technicians.

Due to open in the New Year the facility will include new workshops and EV training riggs all being funded through the Strategic Development Fund.

In a bid to reduce carbon emissions and global warming the Government has set a target that by 2030 all new cars should be battery powered.

Industry experts predict the country will need at least 90,000 trained technicians to maintain, service and repair the nation’s stock of EVs. But at the moment just over a third of the number have been trained.

Employed apprentices from Darlington, County Durham and North Yorkshire attending a sustainability open event at Darlington College heard that they were being presented with a huge opportunity to work anywhere in the world for top wages.

The young technicians were also instructed to feedback to their employers how being EV qualified would sustain their businesses by helping them retain existing customers who switch from combustion engines to electric and attract new business.

Former Darlington College lecturer Paul Tunnicliffe, now City & Guilds’ technical advisor for automotive, rail and marine, told the students: “As young people you have the opportunity to get ahead of the game by becoming qualified now. In the future you will be able to secure higher wages, become far more employable and you will be able to work all over the world.”

He said there was some resistance among traditional garages and technicians about the onslaught of EVs despite some hybrid vehicles having been on the road for the past 20 years. As well as being an exciting opportunity EVs and hybrids also posed health and safety risks as they contained high voltage parts that could electrocute staff if technicians weren’t trained to handle them, he added.

“You not only have to learn to protect yourselves but also the people you share your workspace with,” Mr Tunnicliffe said. “You need to know what you are doing or you could damage people and the vehicles which tend to be very expensive pieces of kit. Extra care has to be taken when the EVs breakdown or have been crashed as dangerous parts are exposed.”

Mr Tunnicliffe said that many independent garages were switching on to the opportunities EVs offered which could be used to promote their businesses.

Many had formed HEVRA – the Hybrid and Electric Vehicle Repair Alliance – a network of qualified garages who were also sharing best practise, fault finding and diagnostics.

“We are hearing stories now of early EVs and hybrids developing faults where replacement battery packs can cost more than the value of the car, but with the right training these issues can be rectified much cheaper,” he said.

General manager at Stoneacre Motor Group, which provided a display of EVs on the day, said: “The motor trade has seen a lot of change recently as all manufacturers migrate into a more greener range of vehicles. This has seen a big surge in new fully electric products coming to the market and increased hybrid and alternative fuel vehicles. This is changing the industry in many ways as customers look more closely at total cost of ownership when purchasing their next car.

“What we are also experiencing is a nationwide shortage of experienced, trained and knowledgeable technicians. There is a big demand for technicians within the industry and with electrification being the direction of travel for all manufacturers it is important that we future proof our business.”

Mr Tunnicliffe told the apprentices working in the ‘heavy sector’ of trucks and buses that these vehicles now also contained many high voltage parts and also the sector would start to steer away from diesel powerplants to hydrogen.

Curriculum manager for engineering, design and automotive Alan Jones, said: “As apprentices here you are extremely well-placed. North Yorkshire and the Tees Valley is seeing massive investment in carbon neutral technologies and moving towards the mass production of hydrogen.

“The Government is steering us this way and is giving us the finance to drive future training to meet employers’ needs. It is a very interesting and clever sector to be in at the moment and employers are going to be fighting over you in years to come. Electric vehicles might not be the ultimate answer but they are here now and are the stepping stone to sustainable transport.

“We were given the money for our new build and we would not have secured that five years ago. It is definitely coming in large scale and I am delighted to see so much interest from our apprentices.”

Training courses are being heavily subsidised by the Government in order to meet its carbon neutral agenda. Apprentices can also use an array of online tools to help them achieve their qualifications. When they do, the credentials are now digital so they can be easily shared with employers and on social media.

Level 3 apprentice Kyle Amos, 23, who works for Garnetts Coaches in Bishop Auckland, said: “This session has shown me the potential of the industry in the future. It is important to go with the times and if it is going to be EVs and hydrogen then we have to look into training, especially if they can secure the funding – we’d be silly not to.”

Dion Sharp, 20, of Easingwold, who works for haulier Alfred Hymas, said: “I thought this was really interesting and it has really opened my eyes to future opportunities. Electrification could be good for the world in terms of reducing emissions but we have to be careful that we don’t create new problems so we have to do it right. That is why research and courses are so important which is why I am here today.”

Level 3 apprentice Rhys Smith, who works for North East Truck and Trailers at Newton Aycliffe, agreed the industry was going through a transition period and it was important to keep up with training needs.

“The more qualification you have the more the world is your oyster,” the 17-year-old said. “I’d certainly be interested in training on EVs and hydrogen as they are the future. I think it will get me a long way.”