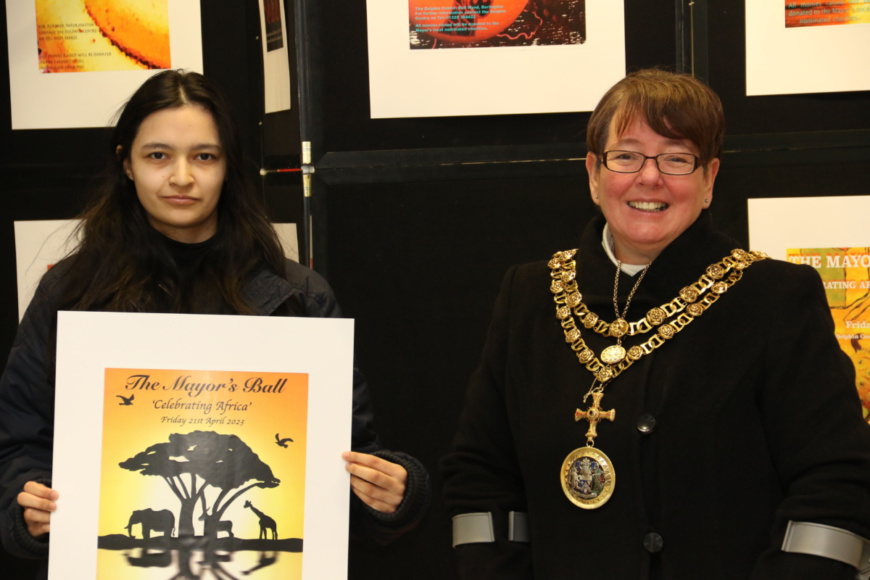 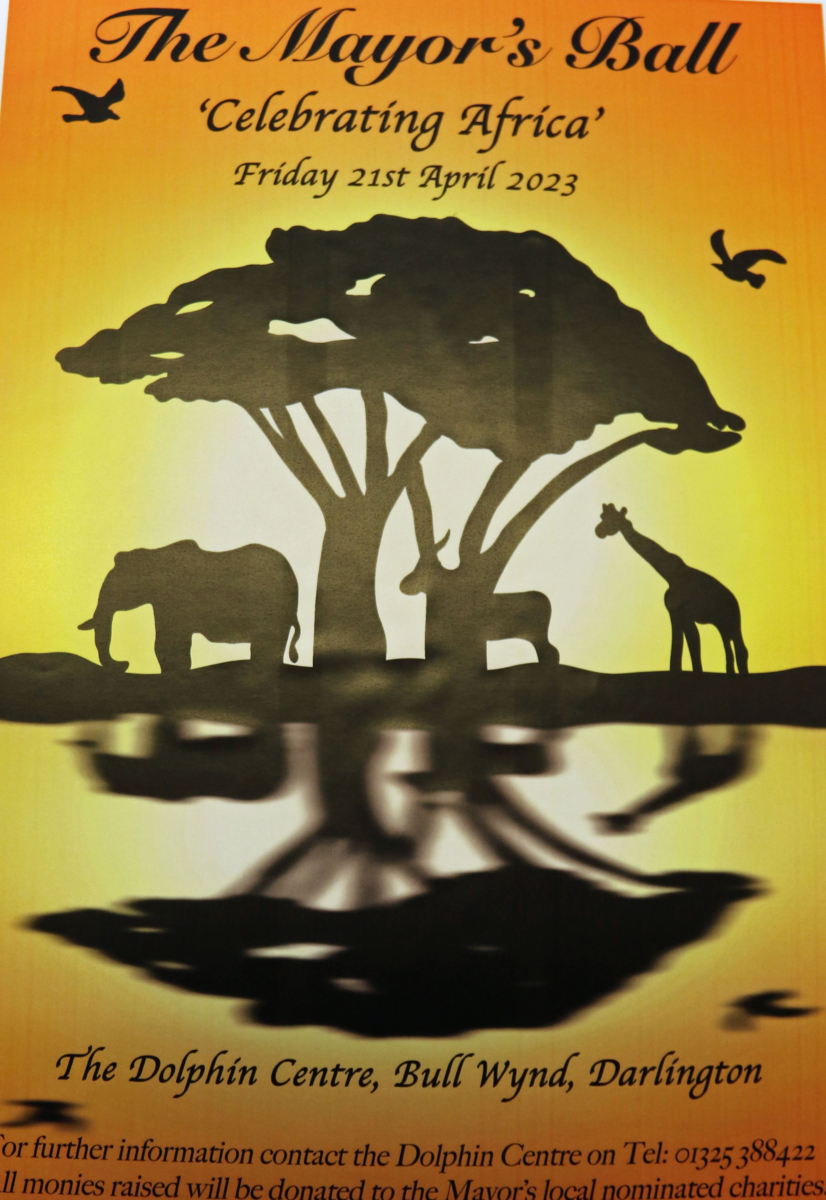 Level 1, 2 and 3 art and design students from Darlington College were commissioned to produce posters for Anne-Marie Curry’s Mayor’s Charity Ball.

Born in Uganda where her father taught, Coun Curry lived in the African country until she was nine and as well as dodging the deadly poisonous wildlife had to cope with a coup.

“I remember going into the garage one day and king cobra reared up, hood extended,” she recalled at the judging of the Darlington College arts material event.

“My dad slowly got hold of my shoulders and carefully backed me away. Then, on another occasion, I was sitting in a tree with friends eating mangos when I heard a rustling. They froze but I climbed down and told a neighbour who collected snakes. He came and banged the trunk with a spade and a black mamba appeared.

“During the coup I remember our social life had a 7pm curfew but it didn’t seem to matter whose house we went to and we went round all the neighbours. One day a bullet flew across our garden and hit the fence missing my brother’s head by just 2in.”

After leaving Africa, Coun Curry worked as a civil servant in London before moving to the North East, where she was elected to Darlington Borough Council in 2008.

As this year’s mayor she will host an annual charity ball, at the Dolphin Centre on April 21, in aid of Darlington Association on Disability and Family Help.

Students used a variety of media, including, pencil, paint, digital images and photography to produce the African imagery. Coun Curry selected Amber Baker’s piece as the winner. The work by the 17-year-old, of Darlington, will become the official poster for the event. Students will also get the chance to auction their artwork with proceeds going to the chosen charities.

Lecturer in art and design Amy Minto said it was the first time level 1 students had joined level 2 and 3 in attempting the annual mayor’s ball brief and they all had enjoyed the six week project.

“It is fantastic work,” she said. “The standard this year has been excellent and they have all risen to the challenge.”

The mayor agreed adding: “There was so much variety and fantastic detail. It was really difficult to choose and there are certainly no losers but Amber’s just kept leaping out. My brief was deliberately kept open so they could use their imaginations and as well as raising money for charity this will be great for their portfolios.” 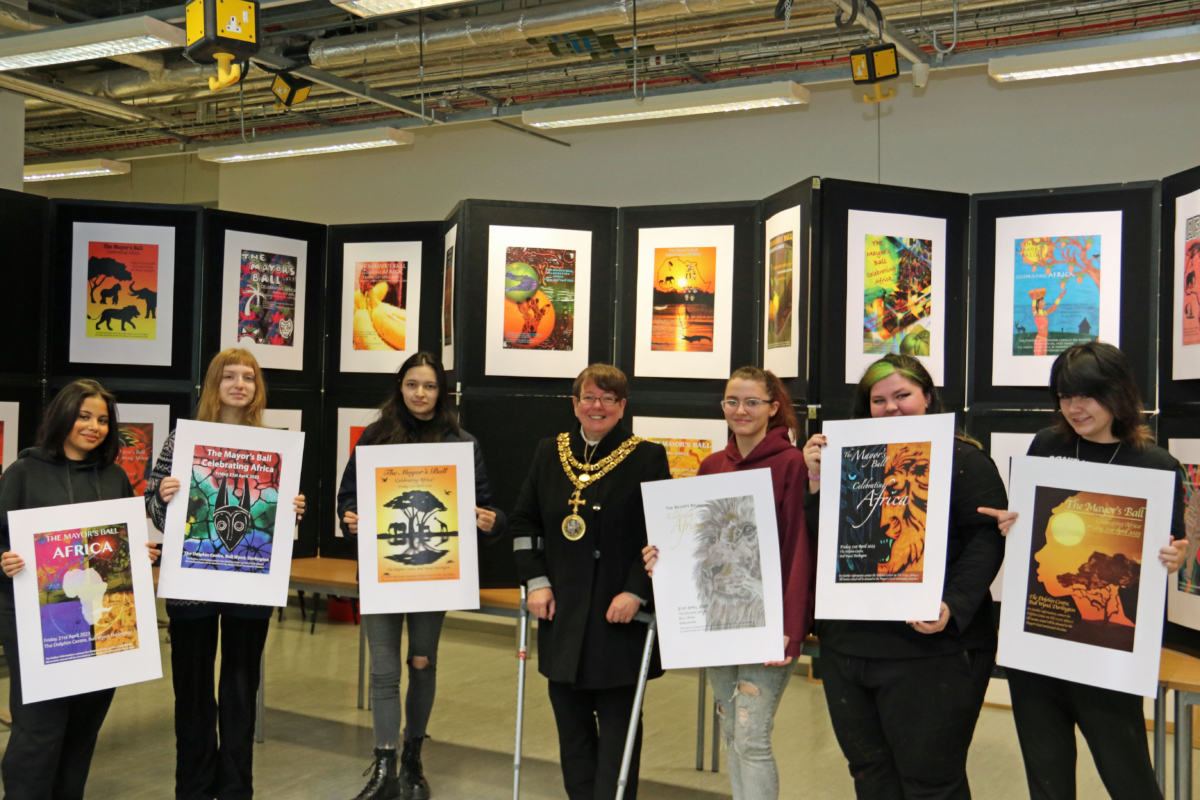