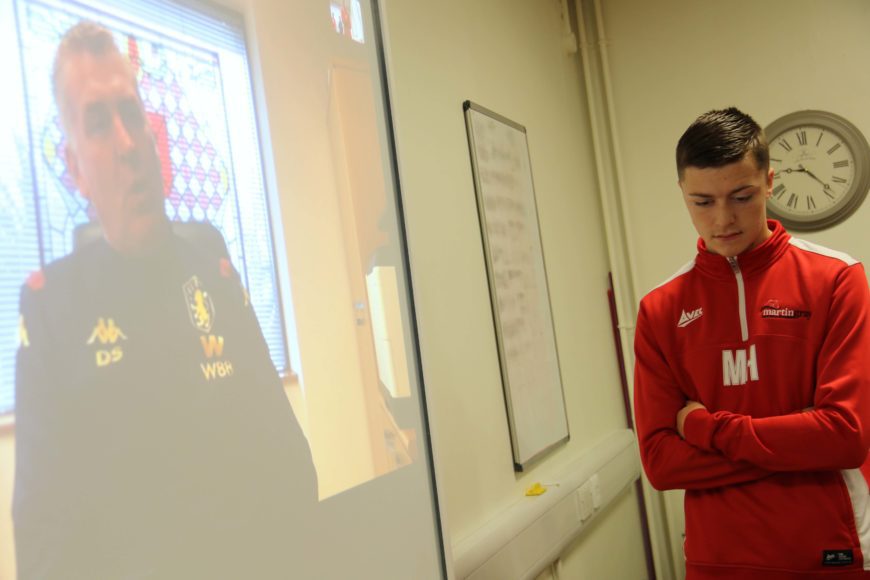 YOUNG footballers have been set a new goal in life after listening to the inspirational story of a manager’s climb from grassroots to Premiership sport.

Aston Villa manager Dean Smith told students at the Martin Gray Football Academy (MGFA), a unique partnership between football and education at Darlington College, about the ups and downs of the professional game, before answering a variety of questions. 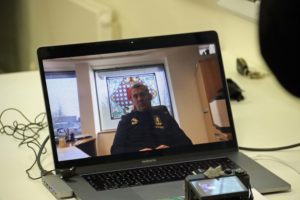 “I never felt I made it as a footballer in the Premiership or internationally but always felt coaching might be a better way to the top of the game,” said Mr Smith in a video call to the Eastbourne Sports Centre in Darlington.

“I got my coaching badges and a job with Leyton Orient. We were promoted in my first season – but four years later I was sacked, which really stung me.

“It is how you react to failure that is important, especially if you find yourself being released by a club.

“There are so many players out there and some real talent gets overlooked. Just look at the journey Jamie Vardy has had. I always scour the non-league sides as players have a great deal of drive and hunger and have something to prove.”

He said there were so many opportunities within football, so many avenues young people could follow and it was important the students gave themselves the very best chance by considering other areas, such as coaching and refereeing.

“I am always thinking; how can I improve?” he said. “I am always going on courses and talking to other managers to see how I can become better.” 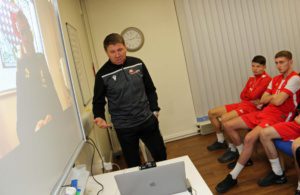 Martin Gray, who first met Mr Smith when they were both studying for their professional coaching licences, said: “The students have been given a real insight into the game by one of the senior figures of football.

“He might not have wanted to be a manager when he started playing and he has experienced some difficult times, but he has been wise enough to grab the opportunities when they have come along.”