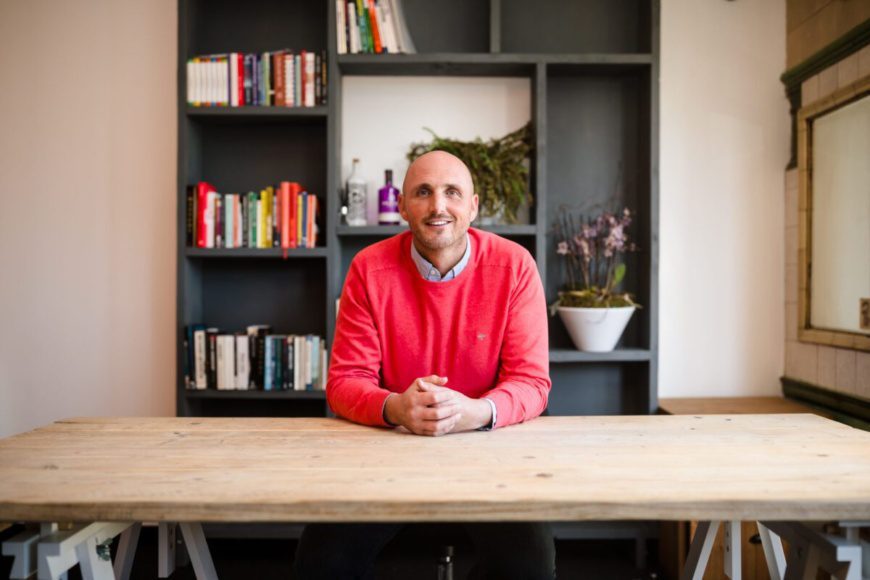 The managing director of a North East website development company has been running a project with Darlington College students to give them an insight into what’s involved.

Douglas Dinwiddie of White Digital, a SEO and digital marketing agency based in Darlington, held two sessions with students from the college.

The pupils are all on the level two First Extended Certificate in Information and Creative Technology, which aims to give learners a grounding in producing computer-based products or systems.

Douglas said: “After I was approached by the college to host a session on website design and development, I delivered two separate talks, two months apart.

“The first focused on delivering a brief and then running through how we would plan to build the website.

“To give the students a real insight into the world of an agency, we covered all the things that we think about before actually building a site. We then looked at how you need to make sure you’ve got all those elements ready and you’ve done your research, you’ve got an idea about each page and what the goal of each page is – all before you even start opening any software to do anything.

“The main takeaway was that, when it comes to website development, you need to start with the end in mind.”

Following the first session, Douglas set the students a task of coming up with their own design for a website for a fictitious country house, with a cafe, maze and gardens. The website needed to contain all the information visitors would look for, such as pricing, location and booking, as well as details about all of its attractions.

In the second session, Douglas assessed the finished designs – and was particularly impressed by one talented student, Daniel Irimia.

He said: “Daniel smashed it out of the park. He had gone out on his own and written a pure HTML folder and taken the task to the nth degree.

“He used some great images, had really thought about the content and the calls to action, and even made the website responsive, so it would fit on a mobile as well as a desktop – he’d put so much effort in.

“One of the great things about going out into colleges like this is you always hope you’ll find a little diamond in the room, maybe someone who’d make a good apprentice, because we’re always looking for fresh new talent at White Digital.”

Course leader Jen Nottingham added: “It was incredibly valuable for our students to spend some time with someone who does web development as a job and who could set them a hands-on task, before assessing it with an employer’s eye.

“Industries such as this are very much the future, so it’s really useful for students to see what a career in web development looks like and where it could take them.”

Douglas set up White Digital in 2015, and since is passionate about the role software and web development can play in young people’s future.

“However, it’s only really feasible if that’s something that’s intrinsically interesting to you as well, so if you’re lucky enough to want to spend your life writing code, and building things in software, then think yourself very fortunate because that’s going to be a skill that is needed for a long time.

“That’s not to say other skills aren’t relevant, and young people still need to develop those core skills, in literacy and numeracy, as well understanding their ability to learn new things and what type of learner they are.

“For us, it’s incredibly important to nurture upcoming talent, and there are lots of exciting things going on in the North East for young people to take advantage of in the future.”

For more information on the college’s range of IT courses, visit: https://darlington.ac.uk/courses/computing-and-it-academy-cita/