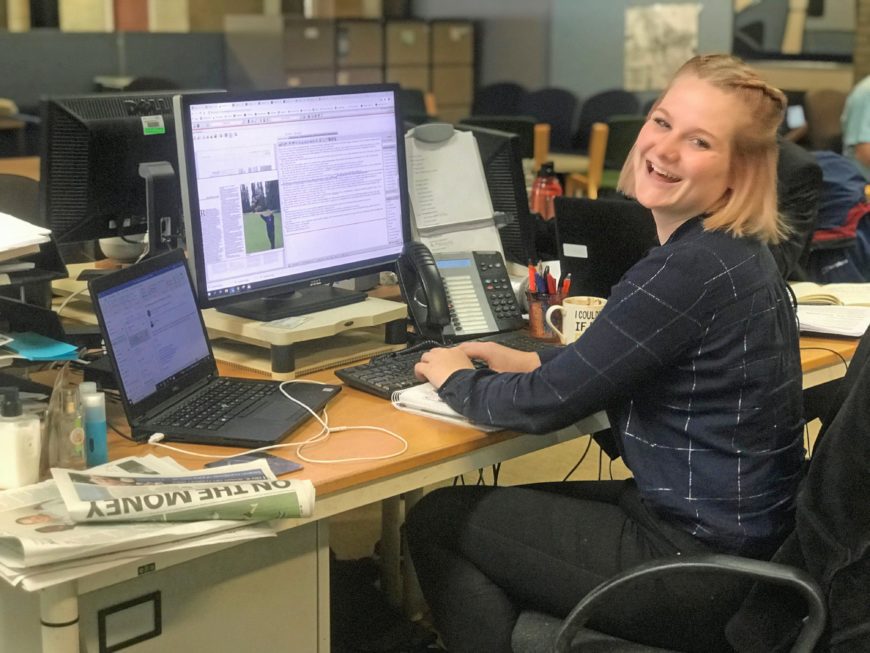 A FASHION student has turned to crime as she pursues her ambition to be a journalist in a city associated with Inspector Morse.

Fran Way has forsaken the glitz of glamour for the grime of crime after securing a distinction in her journalism apprenticeship at Darlington College.

The 22-year-old tired of the vapid nature of vogue and decided to study an apprenticeship with national media group Newsquest at Darlington College.

“I needed proper qualifications and while working in a pub spotted on line the journalism apprenticeship scheme – so I thought I would give it a go.”

After signing up with Newsquest and Darlington College, and as part of her coursework, she spotted that 70 per cent of crime in the Thames Valley went unsolved prompting her to ask to spend time with the police to witness how they tackled offenders.

“I found myself with the Police Neighbourhood Team raiding supermarkets for illegal immigrant labour,” she said. “This led to a series of news stories and features which not only helped me secure a distinction but also early promotion to crime reporter.”

Fran is now a full-time journalist with Oxford Mail and Times covering the streets of a city featured in the television detective drama Inspector Morse.

“The apprenticeship with Darlington College and Newsquest was fantastic as I saved on the college fees and was also paid to learn a range of multi-media skills on the job,” she said.

Darlington College journalism lecturer Sue Calvert said: “Fran really embraced the value of an apprenticeship and her devotion and commitment was reflected in some impressive investigations, stories and features. She thoroughly deserved the distinction and I’m delighted that she has been appointed crime reporter, one of the most prestigious and interesting roles in any media company.”

Fran will now work towards completing her National Council for the Training of Journalists senior journalism qualifications. She has also just launched a hair, make-up and bridal company which she plans to run in her spare time.