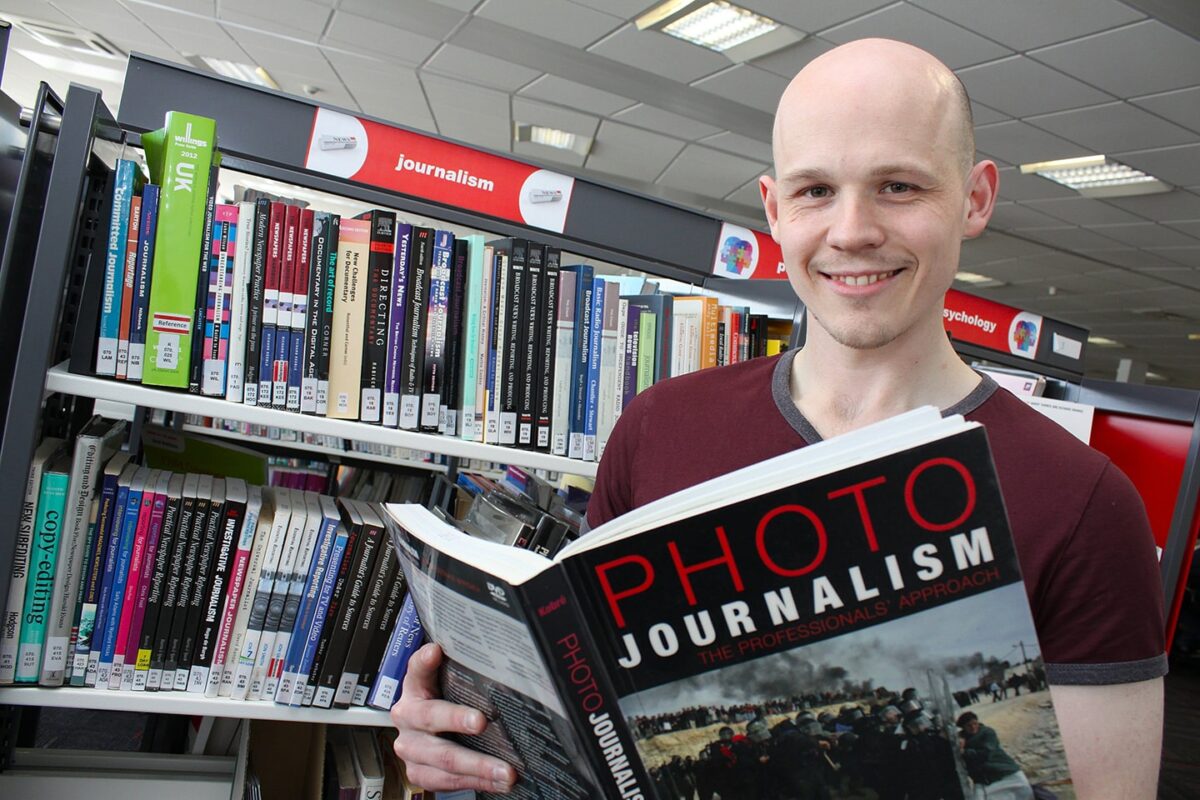 The 26-year-old will begin his role as a trainee multimedia journalist, covering local news in Hertfordshire and Essex, on completion of the college’s NCTJ course which also spawned the careers of BBC journalist and former chief political correspondent John Sergeant and current NBC senior producer Ian Sherwood.

Michael, 26, of Catterick, who began his love of writing as a schoolboy at Risedale Sports and Community College, said: “I’m a massive football fan and used to play when I was younger but when I realised I wasn’t going to cut it as a player I decided to write about it instead.

“I’d cover all the school matches and bore my friends with all the statistics and I kind of knew then that I wanted to become a journalist.”

After completing his GCSEs, Michael enrolled on a two year Media Moving Image course at Darlington College to gain a valuable insight into interactive media.

“After I finished the course my family moved to Scotland for a year but I kept my hand in by working part time writing match reports for the Highland Football League,” said Michael.

After returning to Catterick, Michael continued with his carer path enrolling on a three year journalism course at Teesside University, delivered at Darlington College.

“After leaving uni I had a lot of student debt to pay so I had no choice but to get a job to help pay the bills,” said Michael.

“I worked in retail and did bar work but it wasn’t for me so I thought just go for it and I signed up for the NCTJ course at Darlington College.”

“The course was is great, there is  a good mixture of ages from 18 to 60, a lot of support from the tutors and I got so much out of it including already passing my 100 words a minute shorthand and work experience at Darlington Football Club and The Northern Echo,” said Michael.

“I started applying for journalism jobs almost straight away and I think it was being on the NCTJ course that swung it for me at the interview.

“It’s not a sports writer job yet, but it’s a move up the ladder and the first step toward making that career goal come true.”