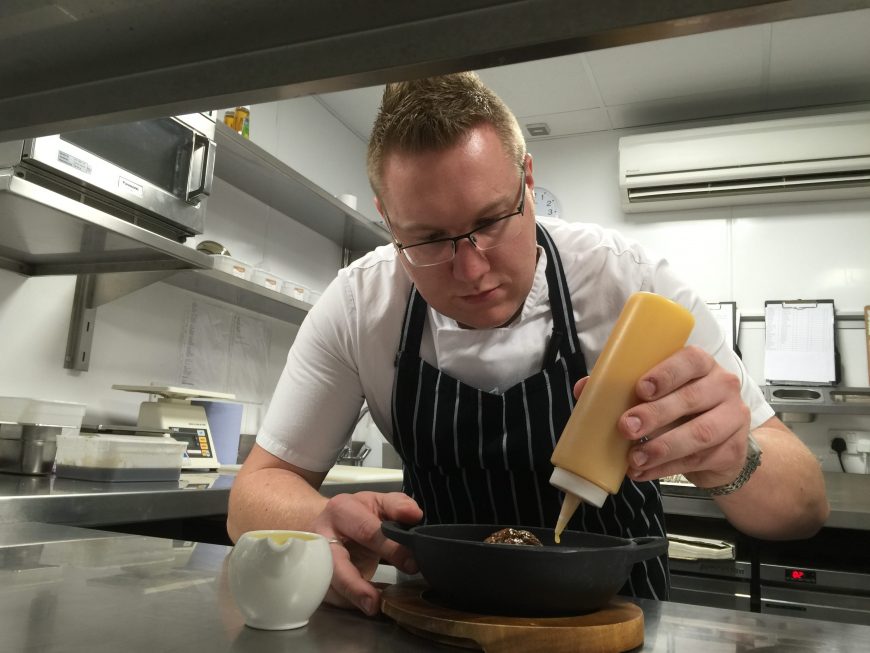 Martyn Edmonds, from Darlington, now crafts his signature Yorkshire Parkin dish at the Royal York Hotel in York after years of graft in local kitchens.

He is now working alongside some of the best pastry chefs in the industry as part of the national chain of Principal-Hayley hotels.

His dream one day is to run his own business, possibly back in his hometown of Darlington.

Martyn, 32, said he had learned to perfect his passion for pastry on his NVQ Level 3 patisseries and confectionary course at college.

“I learned so much at the college and although it was hard juggling different kitchens and different shifts, it has all been worth it.

“I have come on leaps and bounds in my time here and now I work alongside a really good executive chef and we explore new ideas and concepts,” he said.

His current signature dish at the Royal York is a Yorkshire Parkin topped with a beer glaze, salted caramel, granola and a Crème Anglaise!

“It’s incredibly popular and we get great feedback. I want to focus on local producers and local suppliers as much as possible,” he said.