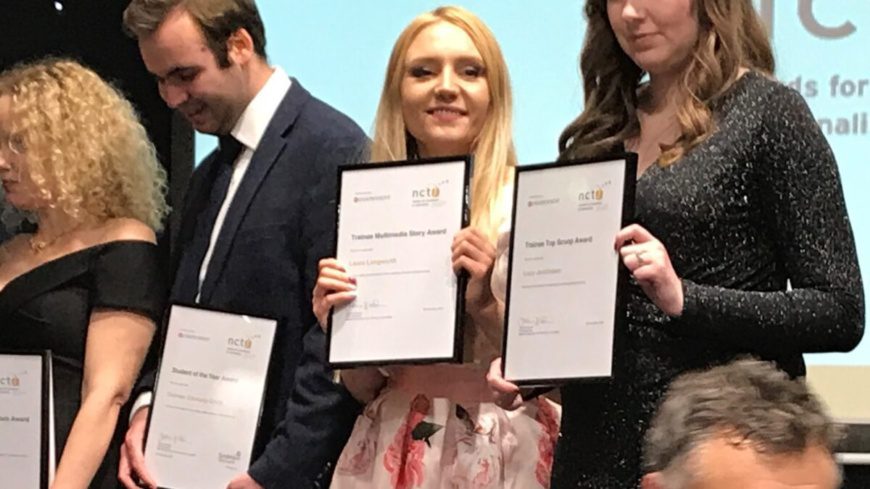 Lucy Jenkinson, who works for the Newsquest title Times and Star in Cumbria and was shortlisted for apprentice of the year last year, was commended in the Top Scoop award for her investigation into a local charity.

Nathan Atkinson, now working as a sports reporter at Newsquest’s Telegraph and Argus in Bradford, was highly commended in the Apprentice of the Year category.

Laura Andrew, a Facebook Community Reporter, working for JPI Media’s Doncaster Free Press and The Star in Sheffield, was commended for her work at the Excellence Awards held at The Stadium of Light in Sunderland on Thursday night.

Laura is studying for her Level 6 NQJ Community Reporter senior journalism qualification at Darlington College along with Laura Longworth from JPI’s Lancashire Post. Laura was highly commended in the trainee/multimedia story/campaign category at the awards.

This year’s NCTJ Excellence Awards saw a record-breaking 395 entries received across 15 categories, in addition to the 1,416 students, trainees and apprentices eligible for three performance awards.