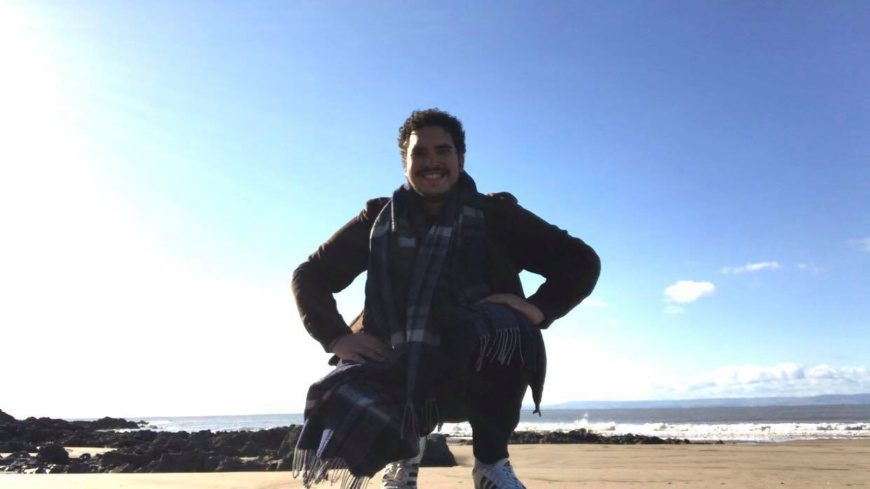 A Darlington College journalism apprentice has beaten his £150 target with a charity walk designed to follow in the footsteps of refugees who face a 72-mile journey to Beirut in the Lebanon from war-torn Damascus in Syria.

Parisian Hedi Mehrez, 24, managed the same gruelling distance between September 10th and 30th, squeezing in his odyssey between stints as an apprentice at Darlington College and as a reporter for the Swindon Advertiser.

“Refugees make long and perilous journeys by foot to seek safety. This challenge only gave me a slight idea what it would be like to be a refugee, but it was important for me to raise money and get a better understanding of the issue,” said Hedi.

Hedi said: “It’s something I really care about. I had the opportunity to talk to several refugees while living in the UK, and it always breaks my heart to hear their stories and understand how difficult it was for them to leave their homes. I hope the money I raised will help British Red Cross.”

Hedi told how he not only was pleased to raise money for the Red Cross campaign but also enjoyed the walking and running through Wiltshire and to the Welsh seaside.

“I am not athletic at all, and it was really challenging but I never thought about giving up. I went to different places around the UK including Barry Island, Oxford and obviously Swindon. It gave me the opportunity to explore the country I live in. Some days I walked more than 10-15k and I was really proud, and it just feels amazing to help refugees while doing something good for my health.” Hedi added.

The British Red Cross has been raising money since 1870, and in 2019 spent £197.5 million on charitable activities in the UK and worldwide.

To donate to Hedi’s cause, use the following link: https://miles-for-refugees-2020.everydayhero.com/uk/hedi