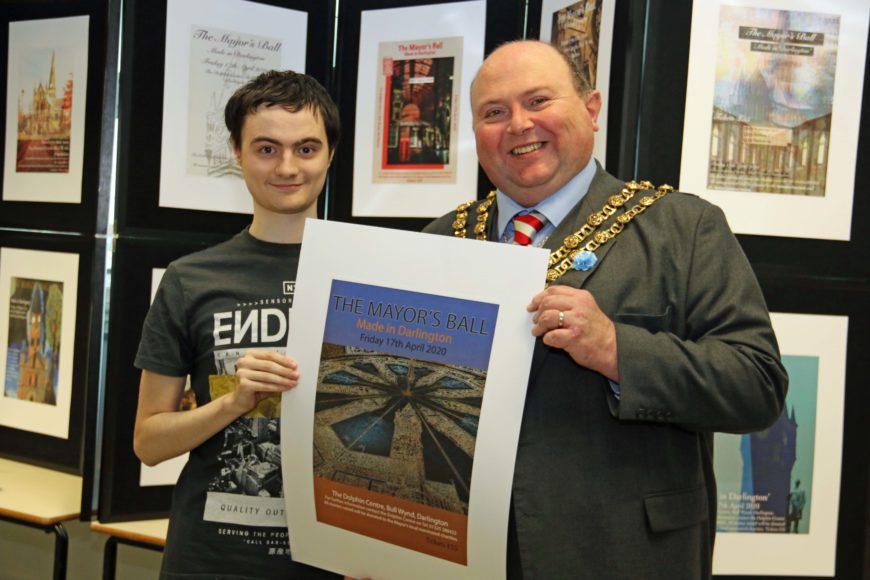 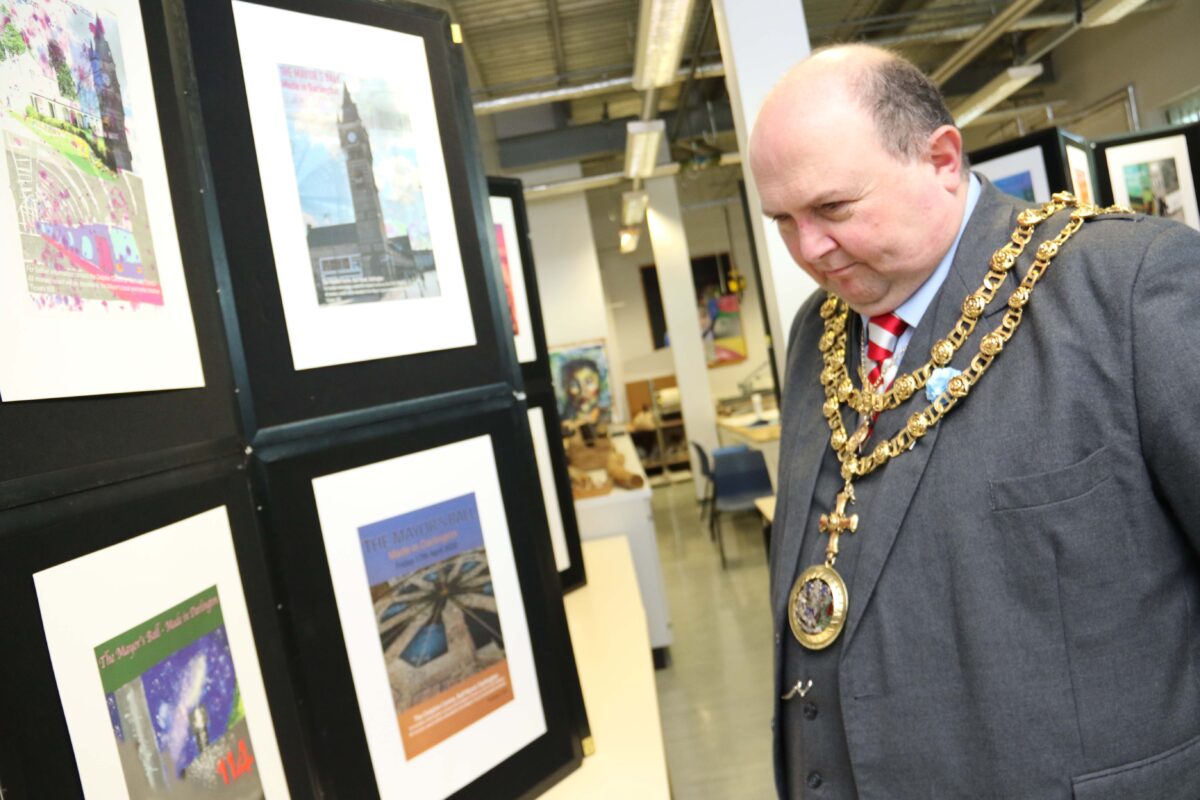 Darlington College art and design students were given a brief to come up with the promotional material and branding for menus, posters and entry and cloakroom tickets for the Mayor’s Charity Ball.

Given the theme ‘Made in Darlington’, the Level 2 and 3 UAL diploma students used a variety of media, including photography, photo-collage and digital work to capture the essence of the borough.

Mayor Nick Wallis visited the Darlington College to judge the 50 entries, which will be on show at the ball in the Dolphin Centre in the spring.

He was helped by community relations manager Lewis Stokes of the County Durham-based energy and property business The Banks Groups which is sponsoring the ball.

They first narrowed down the designs to a final eight. These were considered against the practicality surrounding the print process which led to a final three being selected.

Luke Bennett (main image), 20, of Darlington, took the honours. “I was so surprised to win,” said second year student Luke, who attended Beaumont Hill Academy, before progressing to the college’s Next Step access course and then the art diploma.

“I had butterflies while I was waiting for the result to be announced and feel very proud to have won.” 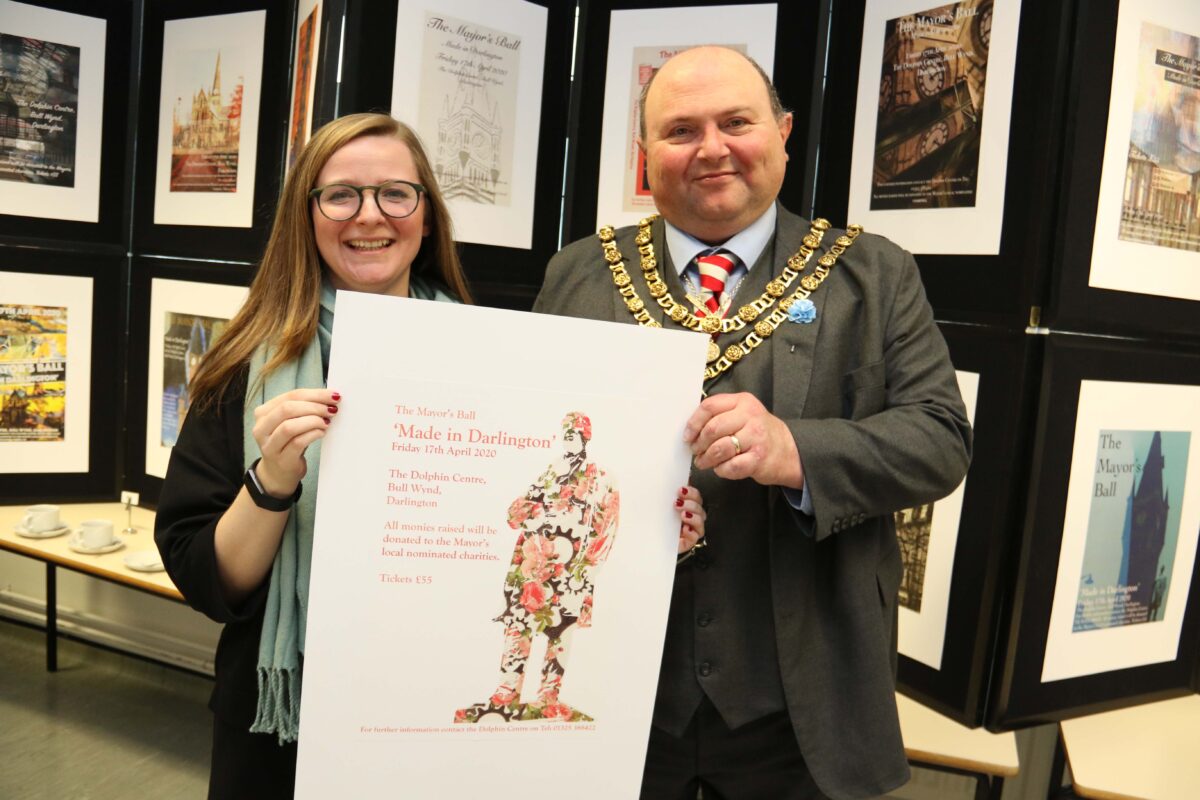 Runner up was Isabella Bowland, 18, of Thirsk, with a flowery adaptation of the town’s founding father Joseph Pease.

Third place went to Melissa Shields, 16, of Catterick Garrison, who captured the floral nature of Darlington in the spring.

“I wanted it to look like Darlington in the spring and was pleased with the design,” said Melissa, who wants to be an interior designer one day.

Coun Wallis said: “It really was a difficult job choosing a winner because the standard of entries was so high. In the end Luke’s work stood out because of the detail. It contained the wheel of Locomotive No1, which is on my chain of office, and, very cleverly, the spokes comprised our famous town clock.” 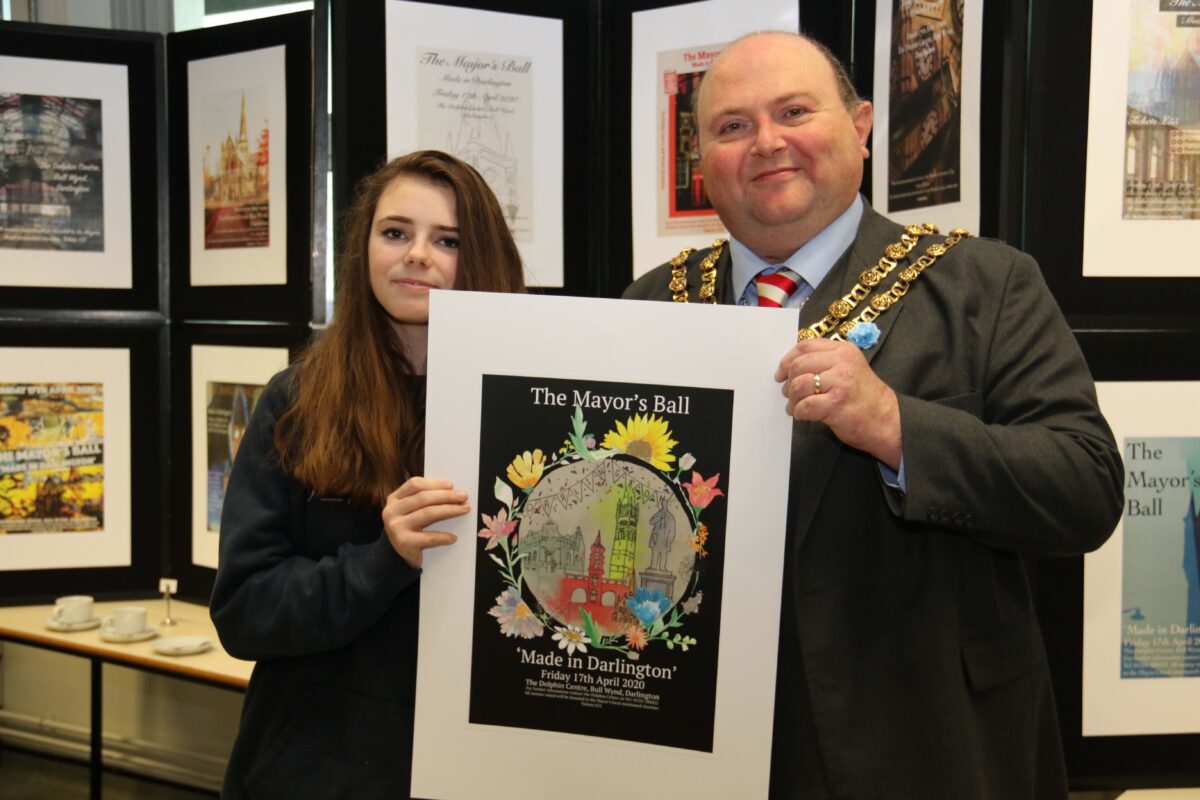 Darlington College lecturer Amy Minto said: “The students’ work was so impressive and was a great mixture of media. Projects like this are invaluable as they give them experience of a genuine, live brief, with a real client and deadlines, just like in the world of work.”

The Mayor’s Ball will take place on April 17 at the Dolphin Centre, Darlington. A reception starts at 6.45pm, with dinner at 7.30pm, before carriages at 12.30am. Tickets are £55 and available from Dolphin Centre Customer Services or by contacting Susan Minto on (01325) 406971 or by email to susan.minto@darlington.gov.uk.