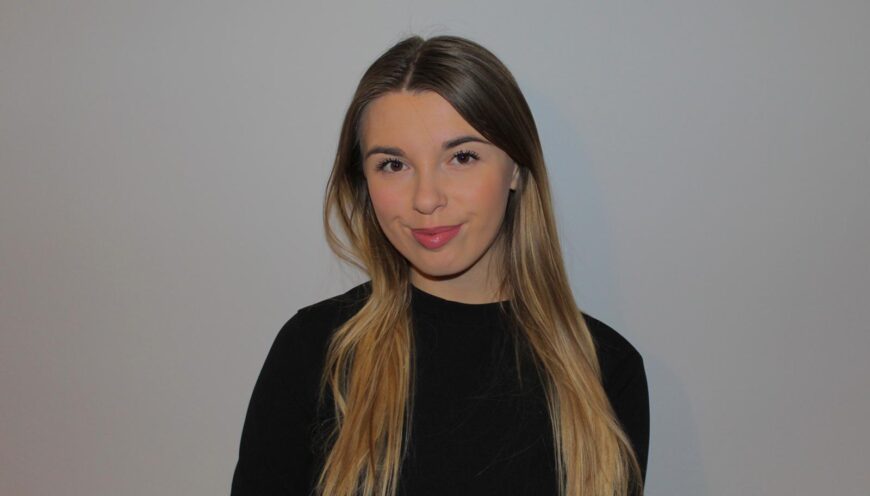 A reporter at Newsquest’s Basildon Echo, Poppie was among 54 students, trainees and apprentices and training providers shortlisted from a record-breaking 417 entries.

Poppie was described as a beacon of light in the newsroom by her news editor Ryan Jennings in the award citation read at the awards hosted virtually by Sky News last week.

She achieved a gold standard diploma with 100wpm shorthand at Darlington College and an overall distinction for her apprenticeship qualification, highlighting the issue of hate crime in the Basildon area for her final piece of work.

Poppie said: “Wow. Where do I even begin? This achievement is not something I ever expected or saw coming, to even be shortlisted was such an amazing honour.

“It truly has made every late night, stressful day, and terrifying door-knock worth it – and I wouldn’t change one second of it for the world.

“Journalism has always been something I wanted to do, and it’s times like this that remind me exactly why.

“It goes without saying that I couldn’t have done this without support from my Darlington College tutors, who have supported me through thick and thin, no matter what.

“And of course my Echo Essex family, who have believed in me even when I didn’t believe in myself.

“Every single person nominated deserved to win, and have no doubt put their all into their work every single day. A huge congratulations to you all!”

Highly commended in the apprentice of the year category was James Robinson, now a senior journalist at Carlisle’s News and Star who studied at Darlington College. There was a commendation too for Hedi Mehrez, now health reporter at The Swindon Advertiser. Both achieved distinctions for their apprenticeship.

Meanwhile Daisy Smith, working as a freelance writer, was commended in the news journalism trainee category for a feature on domestic violence during lockdown completed as part of her apprenticeship final project at Darlington College.

Bradley Deas, who moved into a Facebook community reporter role at Bradford’s Telegraph and Argus after completing his apprenticeship at Darlington, was highly commended in the top scoop category.

Errol Edwards, currently a community reporter at Darlington College, is part of the team at The Sheffield Star, who won the Equality, Diversity and Inclusion award.

Star initiatives which won praise from the judges included Errol’s coverage of the Black Lives Matter campaign and writing about his own experiences of racism in Sheffield.

See all the winners HERE