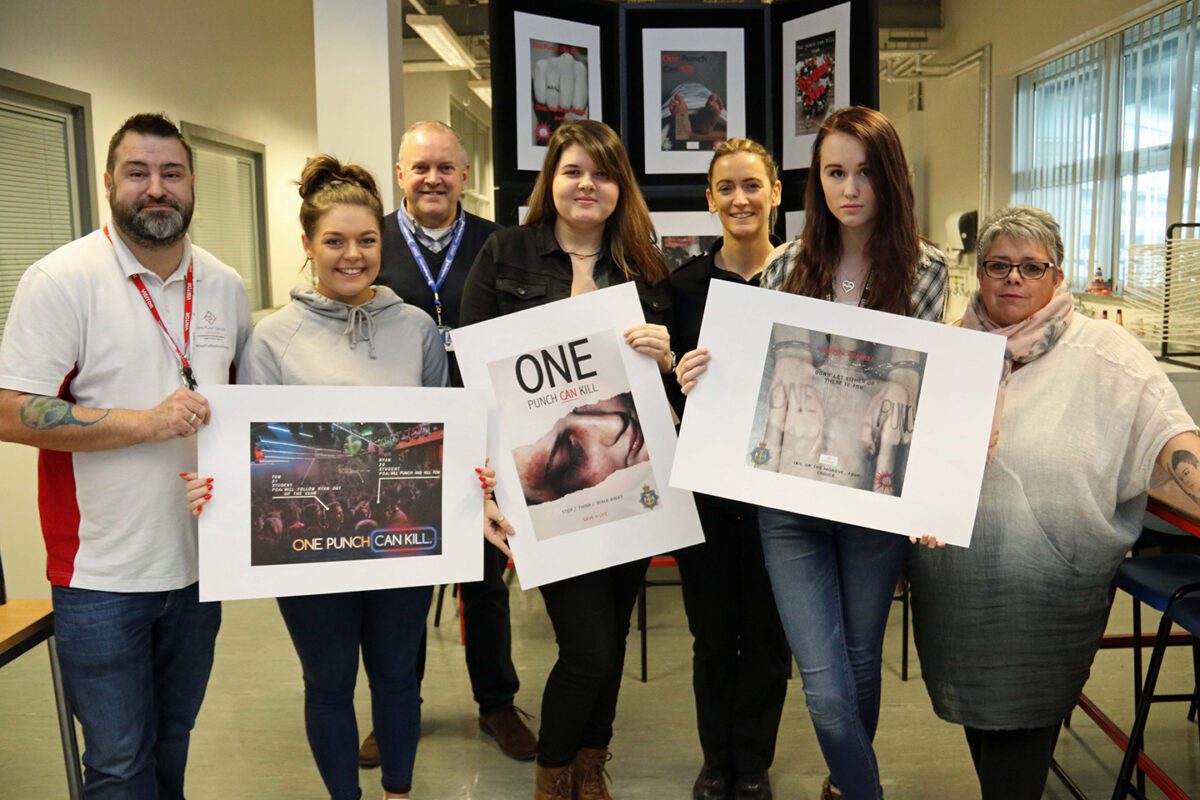 Her son Kristian died in hospital aged just 19 after suffering a severe brain injury in a single punch attack in Consett.

Since then Maxine and her partner Anthony Curl have worked tirelessly to raise awareness about the tragedy of such a pointless and random attack.

Working with Durham Police, they approached Darlington College, whose Level 3 photography students came up with a collection of around 20 powerful images highlighting the dangers of a single blow.

Student Chelsea Dunbobbin, 18, used her friend and heavy make up to produce a striking ‘one punch can kill’ image, which will form the centrepiece of a Durham Police safety campaign.

One Punch NE posters will appear in pubs and clubs across the county as well as on social media.

Two other designs will also be used on social media, those of Freya Pinkney, 17, of Barnard Castle and Tilly Greer, 20, of Darlington.

Chelsea, who travels to Darlington College from Appleby, in Cumbria, said: “I was really surprised that my image was chosen but am very pleased to be involved in such a worthwhile campaign.”

She won a day’s attachment to the force’s media office and the road policing unit.

Maxine said: “Every single design was fantastic and it means so much to me that young people have been involved in this latest campaign.”

Durham Police’s alcohol harm reduction officer PC Claire McNaney added: “The students have really taken on board our aims and aspirations for the campaign and come up with some incredible work.”

Darlington College tutor Eric Walsh said they were delighted to help. “It was such a great project because it affects people like our students and when we heard Maxine’s story we were only too pleased to do something to help,” he said.

Kristian was punched in 2010 when he went to collect friends from a nightclub. The single blow resulted in a catastrophic brain injury which left him in a coma. He died 10 months later. His attacker served just eight months of a two year four month prison sentence.

Maxine said: “We don’t want any other families to go through what we have been through which is why it is so important to raise awareness of what a single punch can do.”