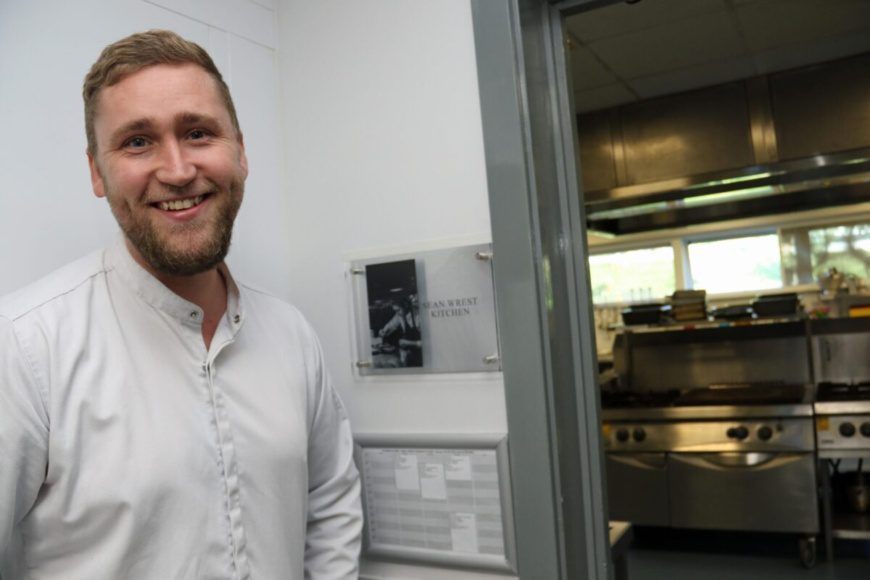 A CHEF, rated in the top four in the country for his age, returned to his old training ground to inspire the next generation of catering students and officially re-opened a Darlington College training kitchen that is now named after him.

Former Darlington College apprentice Sean Wrest, who steered his last restaurant to its first Michelin Star, worked with current students as he paid back to the industry that has brought him success. 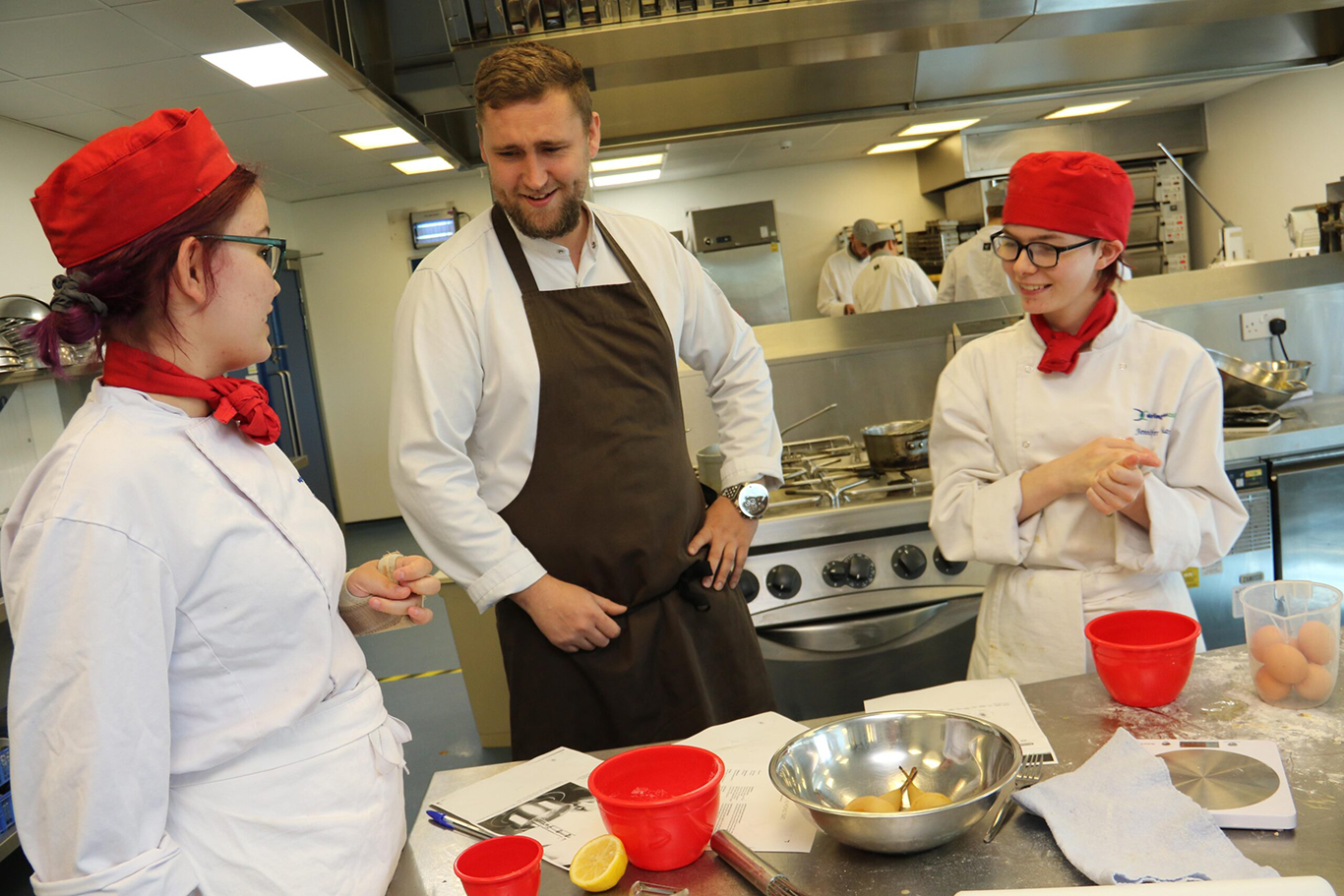 The 30-year-old, who has just received the coveted Acorn Award for being among the country’s best young chefs, told Level 3 hospitality and catering students: “I always wanted to be successful and have worked really hard. I really enjoyed college which was a great start and you have such a good opportunity here.

“It is hard work. When I was trying to get Roots in York a Michelin Star I was working 17 hours a day and every weekend. But there’s nothing better than working with a great team who are striving for the same thing. It’s been the most enjoyable time of my life.”

Sean left Darlington College after securing his Level 2 and 3 qualifications, trained at the Sandpiper Inn, Leyburn, for three years under chef patron Jonathan Harrison, before an internship at the three Michelin star restaurant the Fat Duck in Bray, owned by Heston Blumenthal.

Returning home to Leyburn, Sean took up a position at Yorebridge House, Bainbridge, before moving further afield to train at the fine dining restaurant Maaemo, in Oslo, Norway.

He was then taken on by celebrated chef Tommy Banks as a senior sous chef at the Black Swan in Oldstead, near Thirsk, where his girlfriend Sam Haigh still runs front of house as restaurant manager, before becoming head chef at the sister restaurant Roots in York.

They are currently working to open their own restaurant in Newcastle after forming a partnership with another couple.

Senior lecturer and Sean’s former Darlington College tutor Dawn Cobb-Neate said: “It is fantastic to see our ex-students work at such a high level as Sean and for him to come back in to give our current students an insight into the industry. If you have passion and work hard you really can reach the top.”

Sean added: “It can be daunting but ask loads of questions and use as many ways as you can to learn. As well as your tutors you have Google and YouTube so you can learn, teach yourself and practise on your family, as well as eat it yourself.”