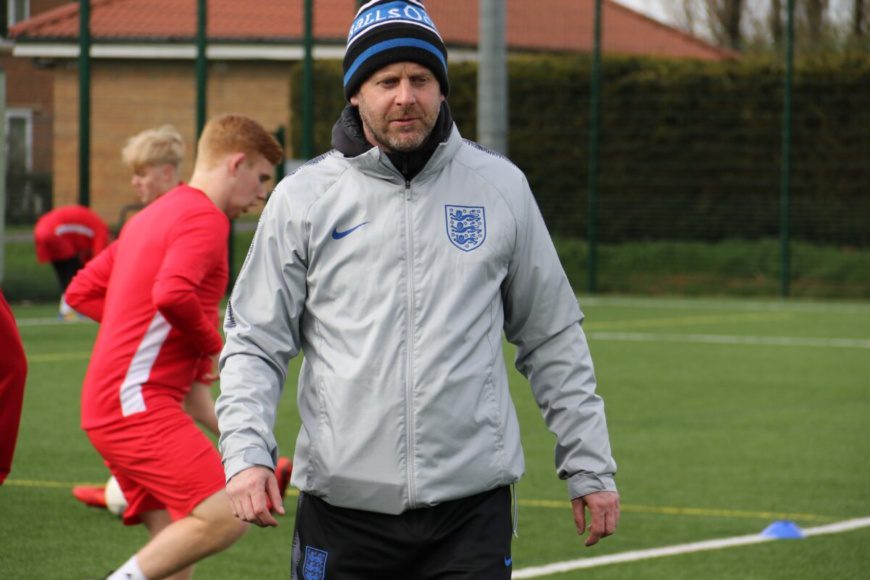 SPORTS students have been offered a new goal which could open career opportunities around the globe.

FA Youth Coach Educator Lewis Dickman was on hand for the official launch of the Level 1 coaching qualification, which will be delivered by the Martin Gray Football Academy at Darlington College.

Around 55 students on the BTEC sports course heard how Lewis’ professional football career was cut short by hip and back injuries at the age of just 18.

But coaching had allowed him to build a successful career in football which had taken him around the world.

“Whether you work at a grassroots level or internationally you will need a coaching qualification – even Gareth Southgate had to gain one,” Lewis told students.

“I thought my career was over but I was put through my coaching and invited to deliver sessions at Sunderland FC where my brother played. I got my UEFA qualification and worked in Oman, which was an amazing experience and one I was only able to grab because of coaching.”

Since then, thanks to his job with the FA, he has worked with players including Liverpool and England midfielder Jordan Henderson and at clubs including Newcastle, Sunderland, Middlesbrough, Carlisle, York and Hartlepool.

Martin Gray told the students: “Coaching gives you so much as a person. It helps you improve your game by making you realise what your role is on the pitch.

“I’m dyslexic and coaching has allowed me to stand up and talk in public by giving me confidence in my own abilities and by offering amazing opportunities within the game. It is about me being able to share my experience and to continue to learn from others.

“Most successful managers have started at the bottom and built their careers up and there is nothing better than seeing a young player move up from level to level and you have helped them up that ladder.”

He said coaching opportunities within sport were massive and growing all the time. English coaches were particularly well thought of around the globe, the ladies’ game was now huge and needed good coaches and with the right qualifications you could work anywhere in the world.

“You will become so much more employable with a coaching qualification and that is what we aim to do at Darlington College,” Martin added.