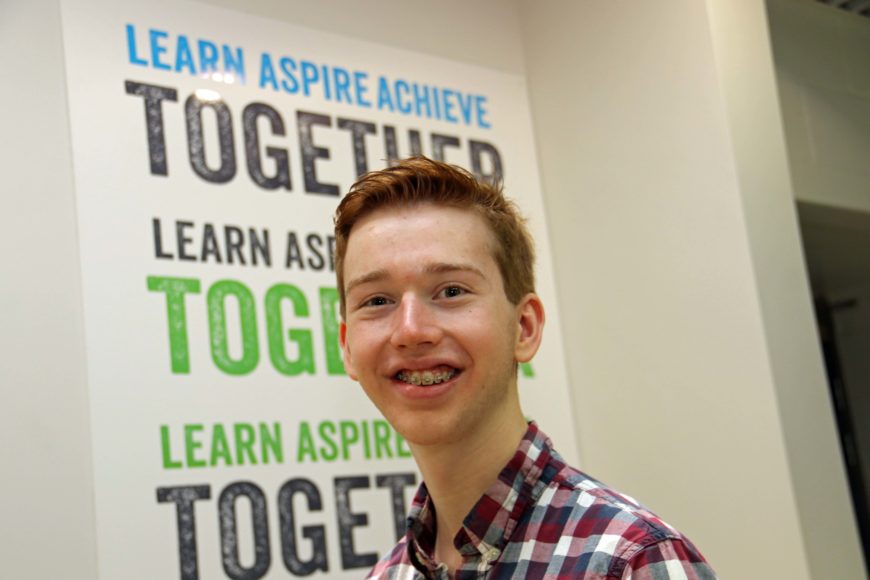 AN engineering student is out of Africa and back at college after an extended study trip allowed him to qualify as a field guide and ranger.

Lecturers at Darlington College were instrumental in helping Michael Guy fit his studies around a Duke of Edinburgh Award expedition to South Africa which saw him come face to face, literally, with a wild elephant.

“We were taking a new student and two guests on to the reserve when an elephant stuck its head in the car and got it stuck,” said the 17-year-old, of Bishop Auckland, who is studying his Level 3 Extended Diploma in Engineering.

“It ended up putting its tusks through the canvas roof and ripping a ‘new sunroof’ in it to free itself. It was a bit close.”

After leaving school Michael signed up with another college before changing course and taking Engineering at Darlington College.

Lecturers helped him catch up on the three weeks of studies he had missed and, when they heard about the African opportunity, fitted around him again helping him complete assignments and pass his first year with a merit.

“The trip was part of the gold Duke of Edinburgh Award and too good an opportunity to miss,” he said. “Darlington College was brilliant in ensuring I completed all the work but allowing me the time to go.

“We were on a game reserve near Port Elizabeth and so close to the wildlife, including rhino, buffalo, lions, springbok and wildebeest.”

Michael also leapt at the chance to bungee jump from the world’s highest bridge, a 216m drop, and take part in two tandem parachute jumps from over 3,000m.

“On the bungee jump it felt like falling forever and I started to pray that I was tied on,” he said. “When you start to bounce back up it’s such a relief that you are not going to die.”

Darlington College Engineering Lecturer Rob Elliott said: “We were more than happy to fit around Michael so he could experience this life-changing trip, which has added greatly to his skillset and demonstrates what a driven person he is.

“This is an extreme example of how we strive to shape studying around people’s lives to ensure they come away with up to date qualifications that are relevant to the modern world of work, which helps them and employers.”