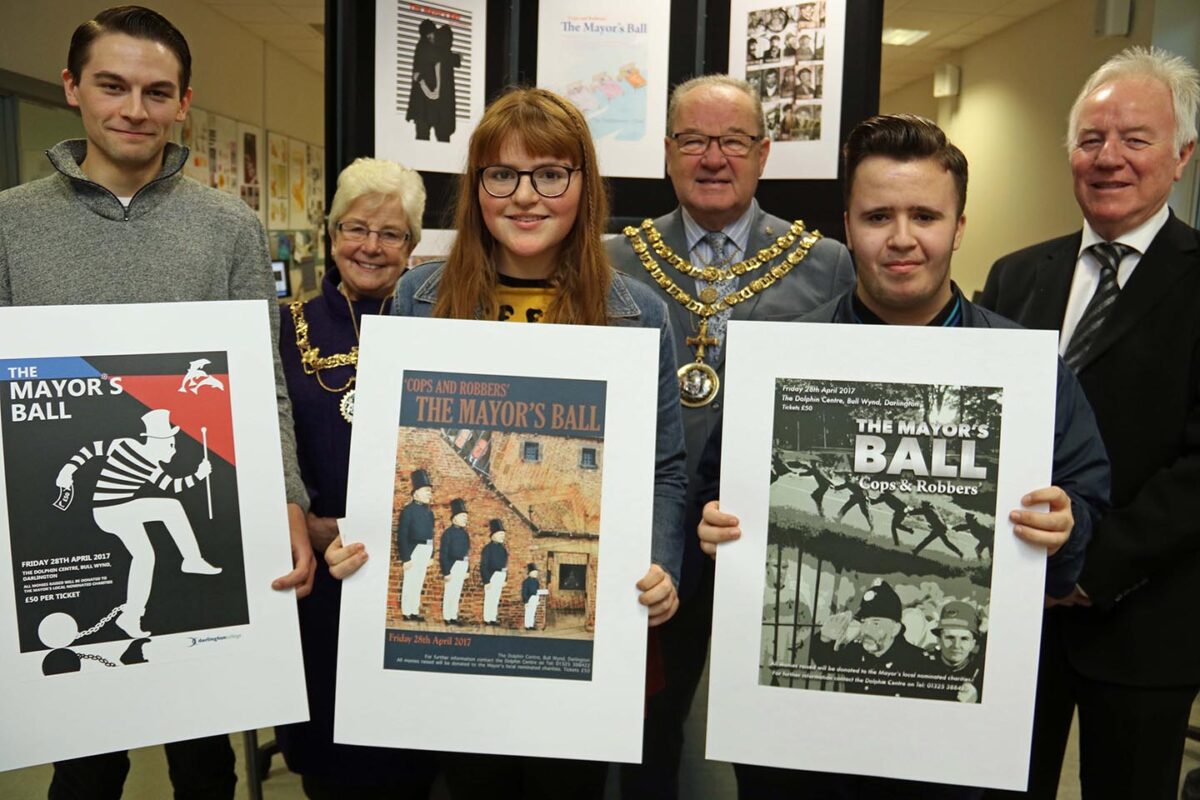 The 16-year-old, of Richmond, researched the foundations of the modern police force tracing them back to 1829, when the Metropolitan Police Act was passed by the then home secretary Robert Peel. The country’s first police officers were known as ‘Bobbies’ or ‘Peelers’.

Coun Jones said: “We were looking for a design that captured the theme and also included a sense of humour. We had plenty to choose from but Masie’s had the edge.”

Mr Maxey said: “It is great to be able to support the students when it is so obvious how hard they have worked on the project. There were some terrific designs.”

Runners up were Mark Stoker, 25, of Stanhope and Nathan Oliver, 16, of Darlington.

The winning designs will be used on posters, tickets and table menus for the annual mayor’s ball, which is due to be staged next April to raise funds for St Teresa’s Hospice, the Samaritans, the 700 Club and the charity Breathe Easy.

Masie said: “I was really surprised and happy to win when there were so many great images to choose from. After leaving college I plan to read a degree in sustainable product design at Falmouth University.

“I strongly believe that the ‘throw-away’ society we live in is wrong and that much more thought should go into design to protect the environment.”

Tutor Pippa Eeles said: “Maisie did work very hard on the project and came up with several excellent designs. She has real flair for design and a mature outlook on where this could take her in the future.

“All of our students have benefitted greatly from the project, which has them working to a professional brief, deadlines and real-world standards.”