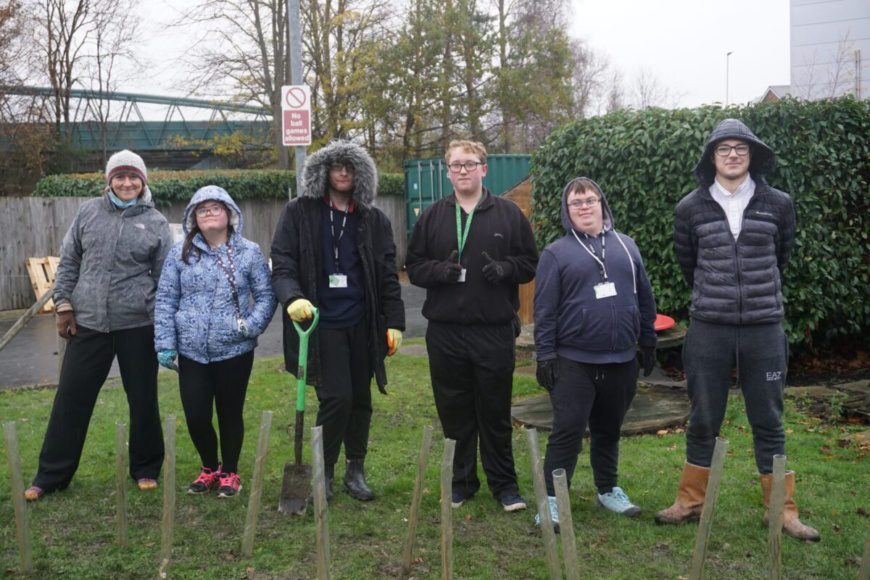 STUDENTS have been growing their skills after spotting an opportunity to enhance their college environment.

The group from Next Steps have planted a double hedge of 30 saplings next to Darlington College’s outdoor area.

The hedge will provide a green screen, absorb carbon dioxide and encourage wildlife and pollinators to the college grounds.

The project brought together students, who have additional needs, from the Work Skills group, who are completing an environmental awareness level one unit and those who take part in the horticultural group that meets weekly.

They sourced the saplings – dogwood, crab apple, dogrose, hazel and hawthorn – from The Woodland Trust after Learning Support Assistant Melissa Hinton found out about a free tree scheme.

Student Luke Kennedy, 17, explained: “Some students went on the computer and researched about The Woodland Trust and made a PowerPoint with information then came back to show us.”

Jamie Wilson, 17, added: “The trees will take in carbon dioxide and attract bees and butterflies.” 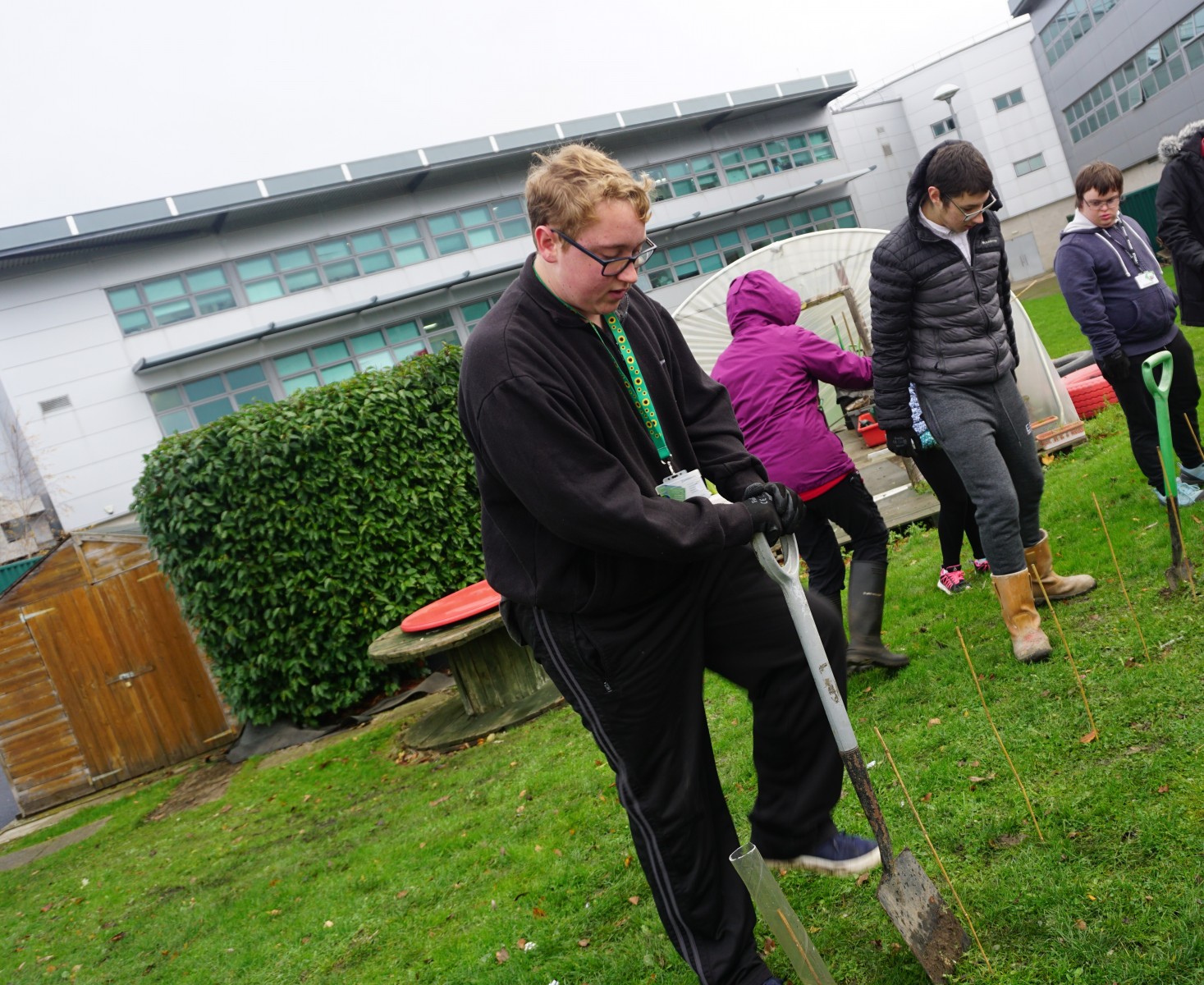 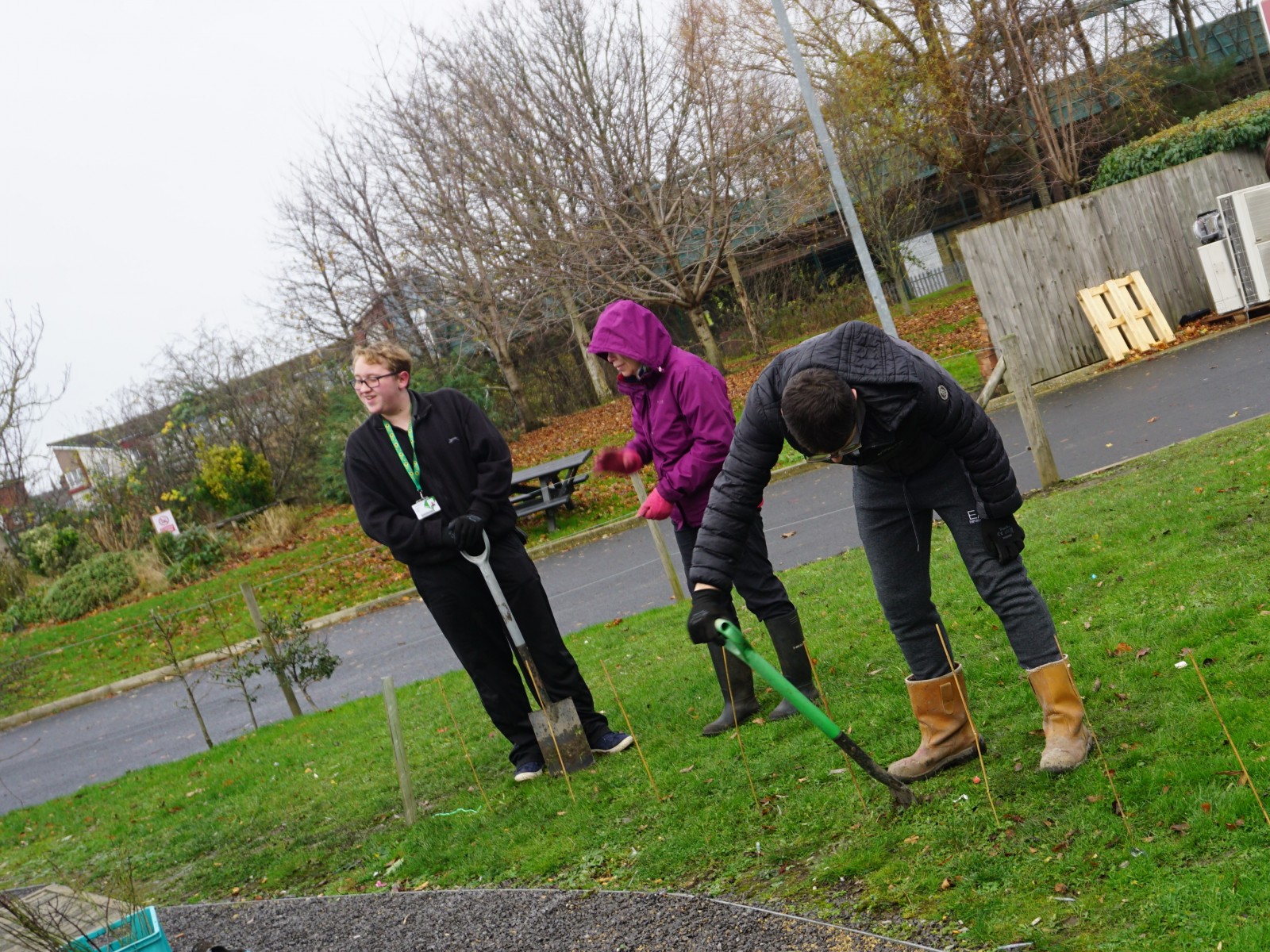 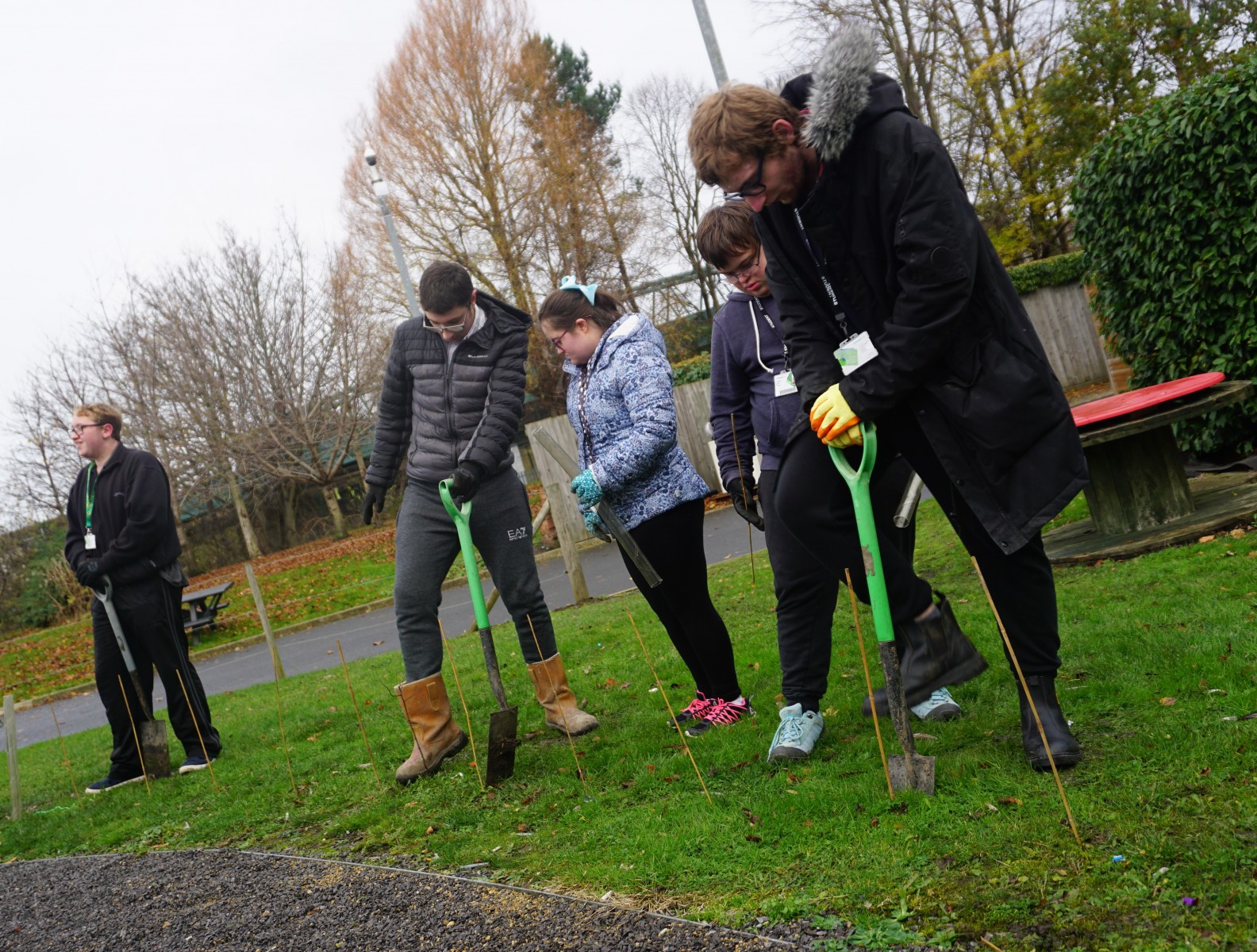 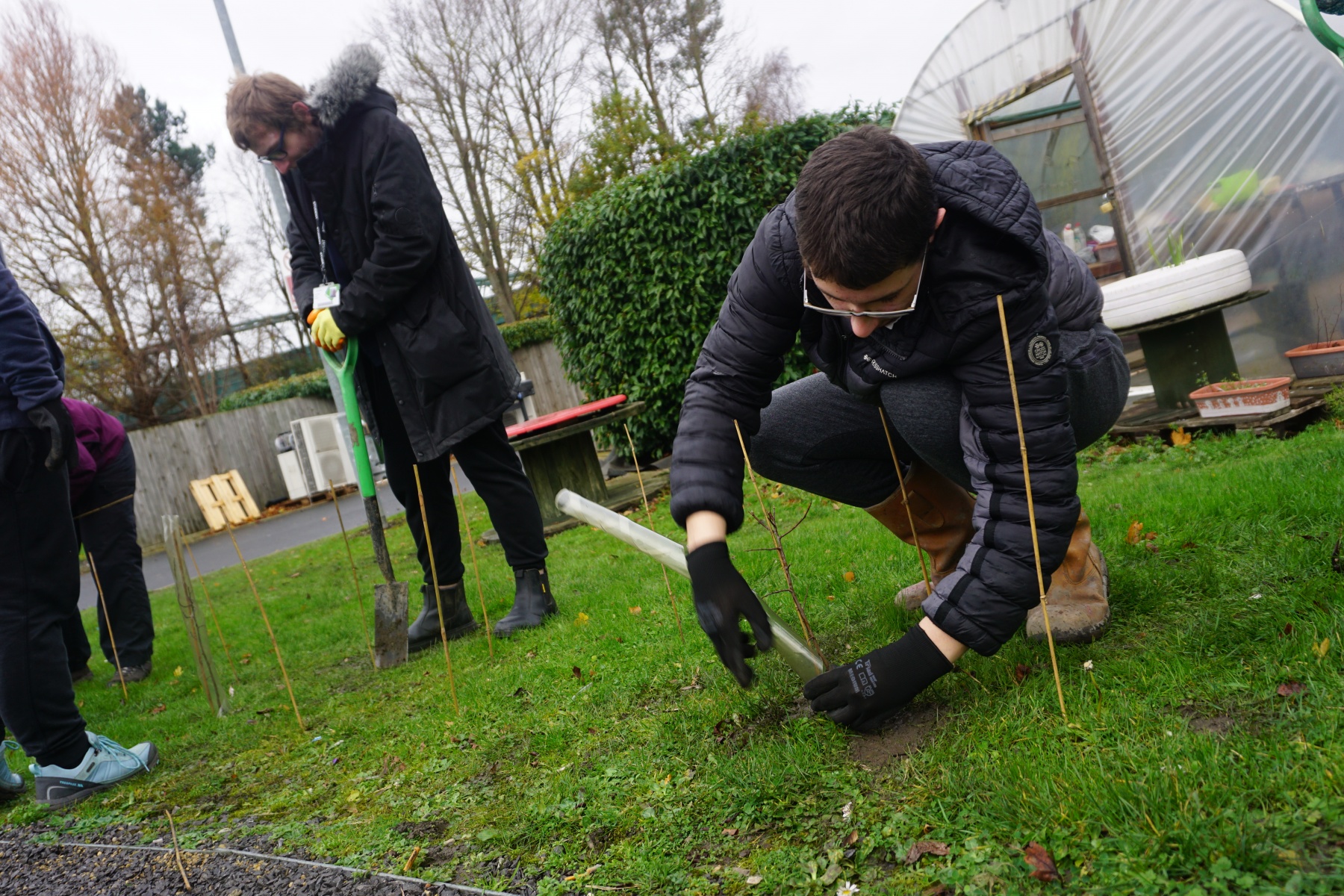 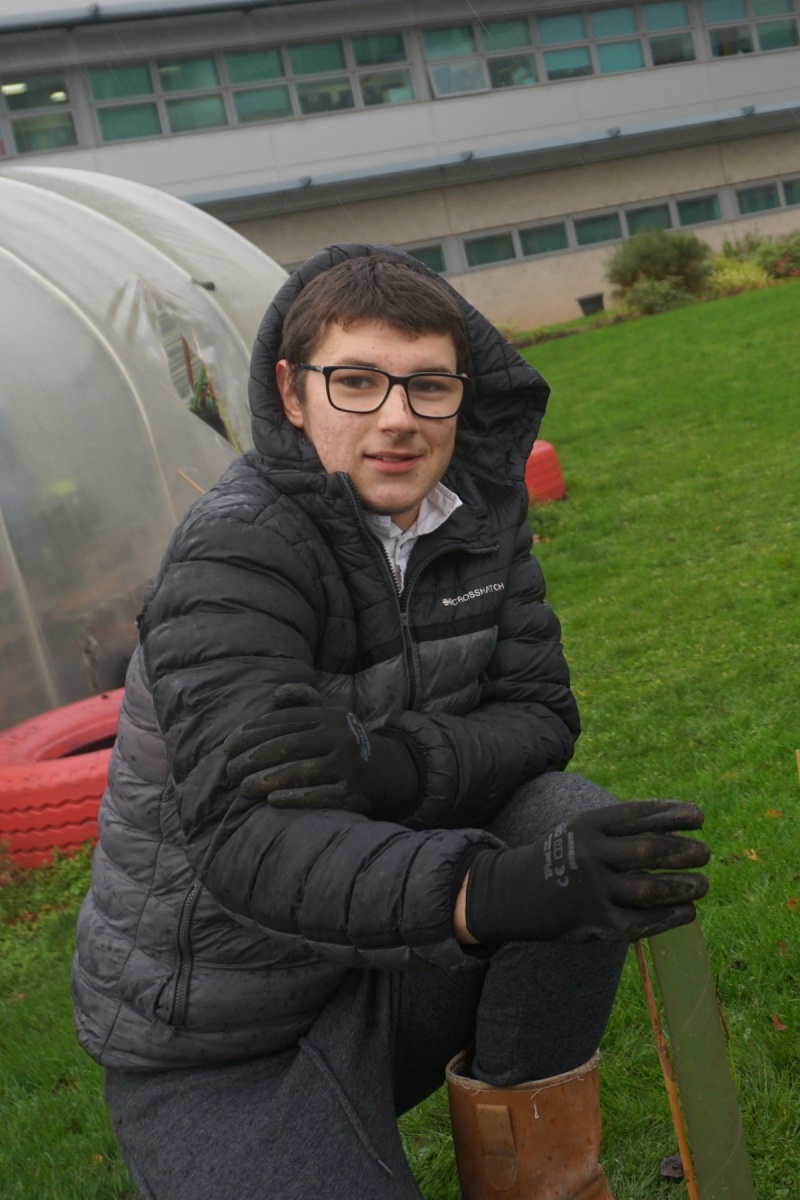 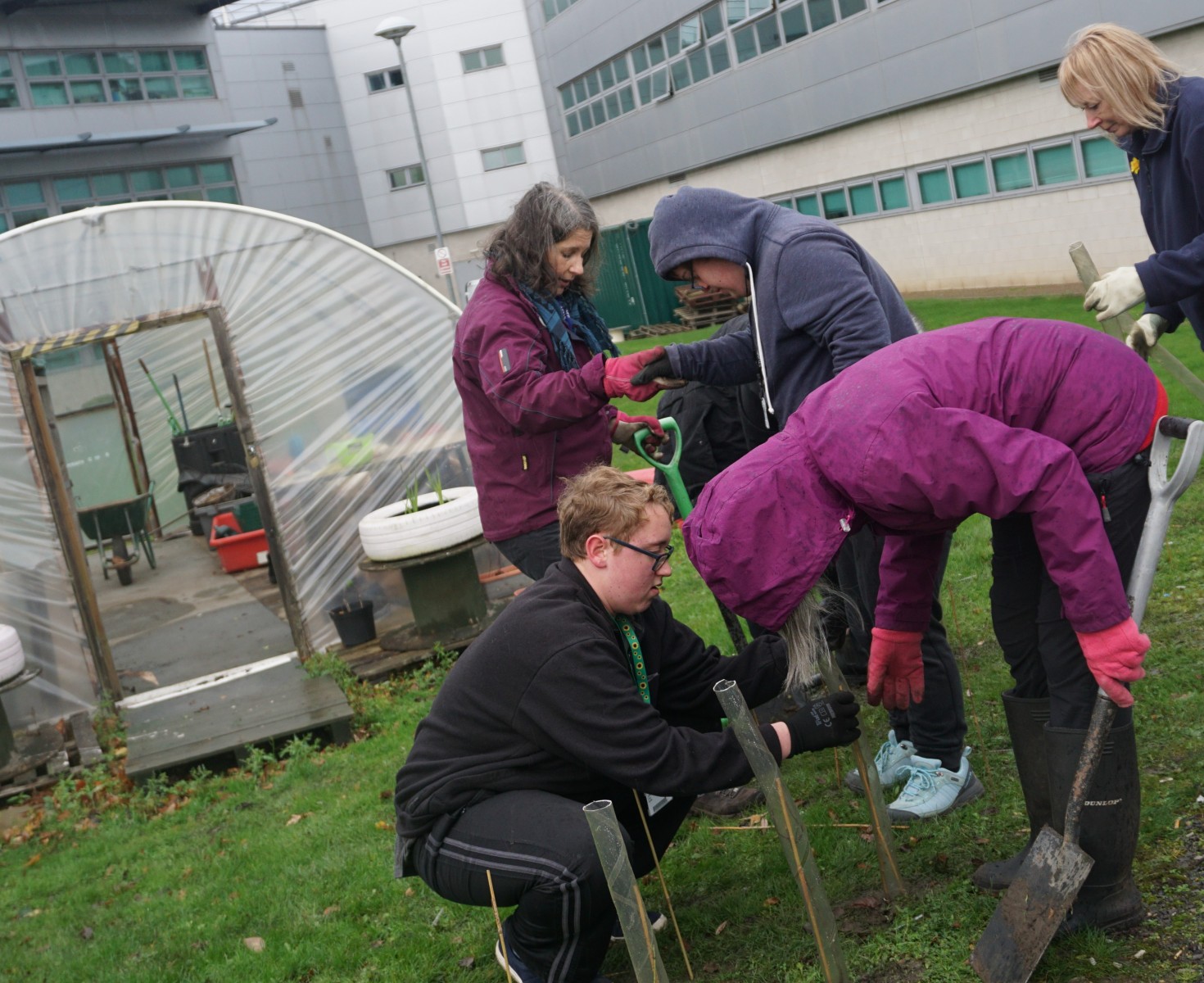 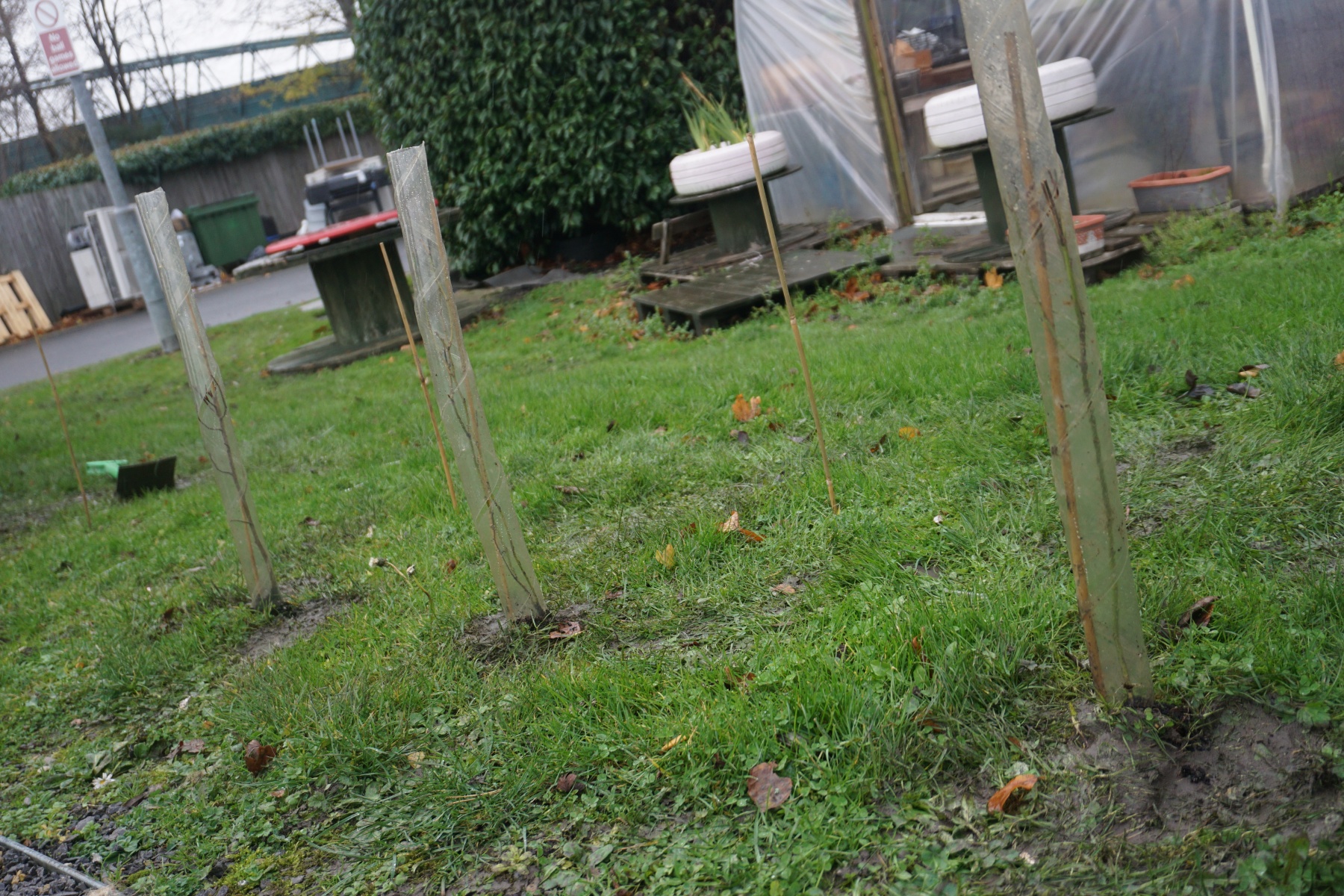 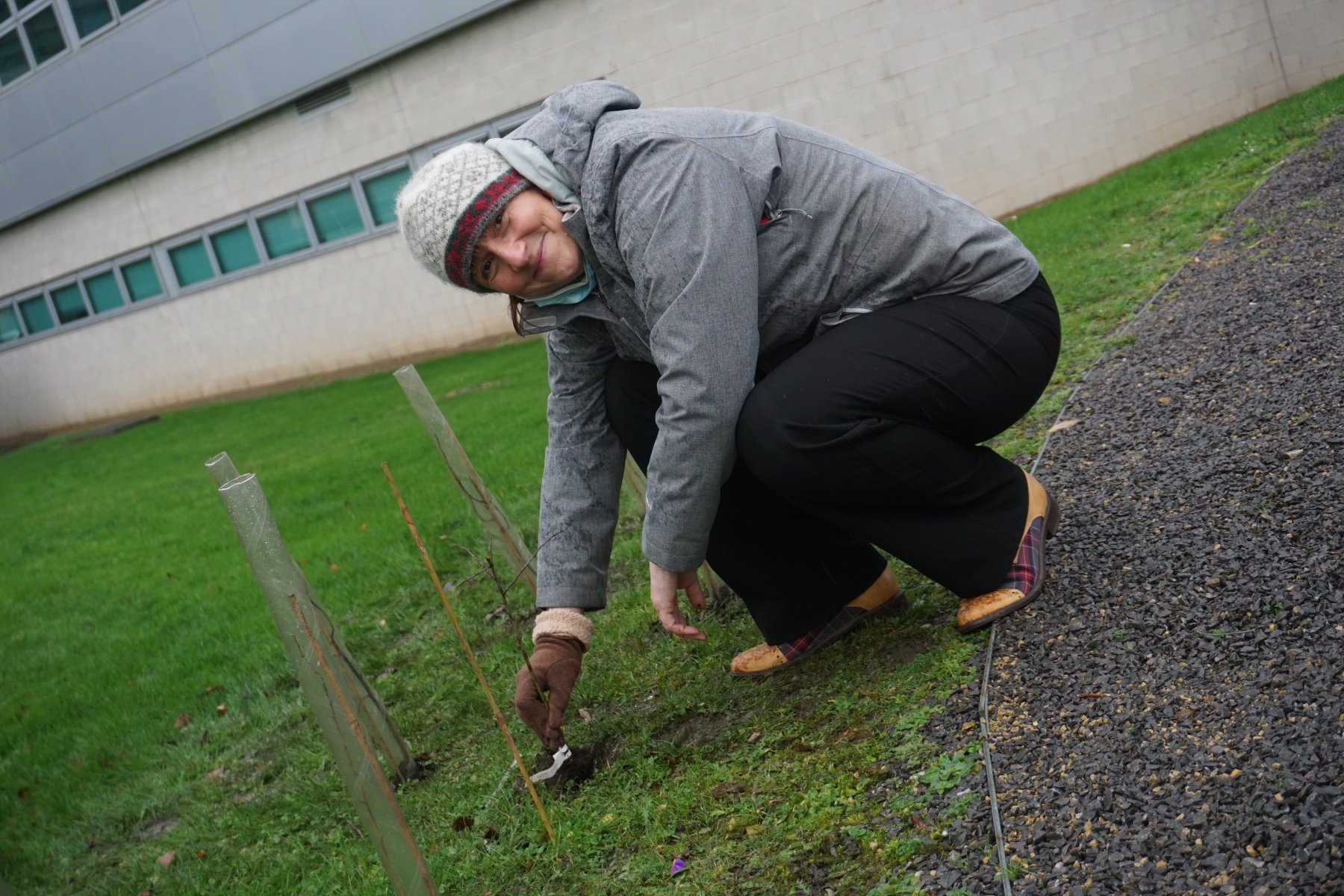 College principal Kate Roe helped by planting the final tree in the hedge.

Dom and Jamie filmed the planting project as part of a virtual tour of the college they have created to give future Next Steps students a flavour of what to expect.

Dom said: “We went in different classes in the Next Steps area to show people what was going on and so they can see this is a good college.”

Rosie Chapman, Next Steps programme lead and senior lecturer, said: “They are a brilliant team. They were fantastic and did the planting in record time, just half an hour. They did really, really well and we’re very proud of them all.”

The planting scheme was inspired by Darlington’s air pollution monitoring programme and the Darlington Forest Project.