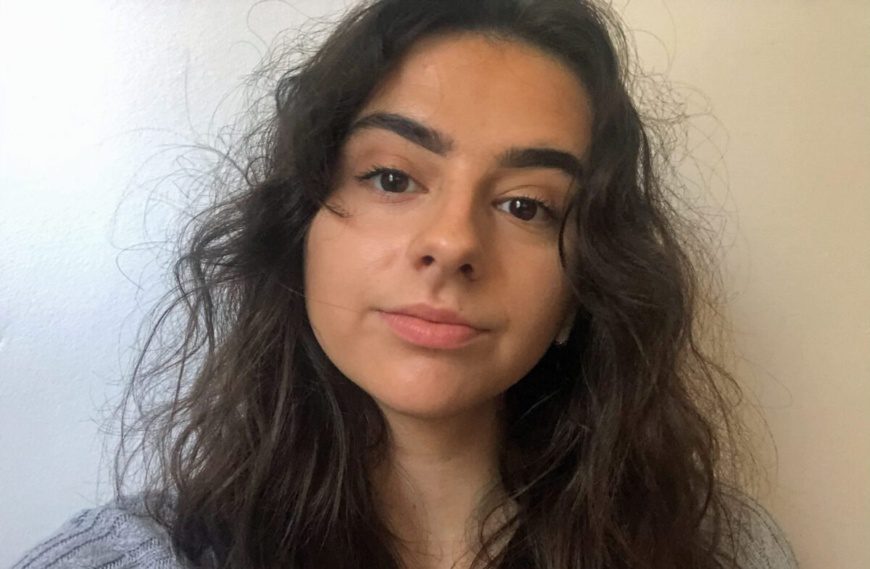 AN apprentice journalist has struck gold after her in-depth look at domestic violence towards men helped her secure top marks in her studies.

Darlington College student Daisy Smith has been awarded the coveted ‘gold standard’ for her work as an apprentice with Newsquest, the parent company of The Northern Echo and Darlington and Stockton Times.

The 20-year-old, of Watford, ventured North for the first time in her life to study part-time at Darlington College and on its online journalism platform. She also managed to pass her 100 words per minute shorthand examination in short order, her media law, essential journalism public affairs and video journalism, performing overall to the highest standard to secure a distinction and the gold accolade.

“I’ve always wanted to be a writer, thought about reading English at university, but opted for an apprenticeship instead,” said Daisy.

“I saw the apprenticeship scheme advertised in the Watford Observer and before I knew it I was taking a three hour train journey North to Darlington for the first time in my life. It was cold but I loved it.”

The journalism department has pioneered online learning at Darlington College which is now being rolled out across all curriculum areas and shared across the teaching profession nationally. So when lockdown came Daisy hardly noticed the difference.

For her final project she delved into the harrowing subject of domestic violence, an issue exacerbated by the COVID-19 pandemic. But in an interesting twist to the story Daisy discovered that the cases of domestic abuse against men had also risen.

“It became clear that parental alienation was on the rise, whereby men separated from their partners were being denied access to their children with COVID put forward as the excuse,” she said.

“This was leading to increased cases of children becoming estranged from their fathers. I even came across incidents of people taking their own lives over it.

“I really enjoyed sociology at sixth form and societal issues really interest me. Over the past 18 months I have spoken to many people in very troubled circumstances and while becoming more empathetic myself have also had to develop a degree of professional detachment.”

She said she was delighted to achieve the gold standard adding: “It was stressful pulling it all together as a package over the final couple of months and I was so relieved and so pleased to be awarded a distinction.”

Daisy also writes for the Newsquest magazine Living and hopes to develop her experience as a feature writer and secure freelance commissions.

Darlington College journalism lecturer Sue Calvert said: “Daisy truly deserves her study success. It has been a pleasure for everyone here to see Daisy’s career develop.”