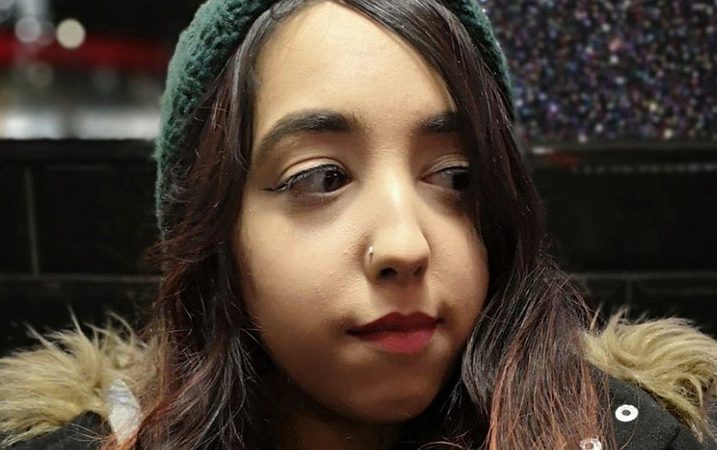 Darlington College student and apprentice news reporter Alima Nadeem has been included in a team nomination for The Lancashire Telegraph and Asian Image ‘Reporting Communities’ category for the Regional Press Awards.

Alima, 23, of Birmingham, who is studying on the NCTJ journalism course at Darlington College, alongside an apprenticeship at The Lancashire Telegraph, has had two pieces of her work selected for the nomination including Asian Women Entrepreneurs and the first Asian winner of Miss Lancashire.

“This is the first time I have been nominated for an award and it feels really good to be recognised,” said Alima.

“I didn’t expect it at all and it has given me even more determination to continue to work hard.”

The former Birmingham City University English graduate enrolled on the Darlington College apprenticeship course in April 2018 after getting a taste for the industry at The London School of Journalism.

“I always knew that I wanted write,” she said. “It’s been a lifelong passion but when I went to apply for jobs they always asked for the NCTJ qualification.

“I saw the Darlington College course advertised online and the fact that it was an apprenticeship course, where you could learn while gaining experience at the same time, made it really appealing to me.”

Alima began her apprenticeship at The Lancashire Telegraph just one week after starting the course.

“The team at the Telegraph have been great and really supported me right from the beginning,” said Alima.

“I didn’t know what to expect when I first started as a journalist but the course and working as a news reporter have both exceeded all my expectations. I have learnt so much, met so many people and developed lots of contacts within the local community, which is invaluable in this industry.

“I am so glad that my work has been nominated for this award. It would be great to win and hopefully propel me into a future career working within F1 Motorsport, which was a major factor in me wanting to become a journalist.”

Darlington College journalism programme leader Sue Calvert added: “We are very proud of Alima and the contribution that she is making to the newsroom.

“The stories included in the nomination are typical of those Alima has included in her NCTJ portfolio, demonstrating her ability to source original content for a specific audience.”

The Regional Press Awards are organised by the Society of Editors on behalf of the media industry with the support of headline sponsors Facebook and United Utilities.

Winners will be announced at a ceremony, hosted by LBC radio presenter Nick Ferrari, at the IET, Savoy Place, London, on Friday May 17.