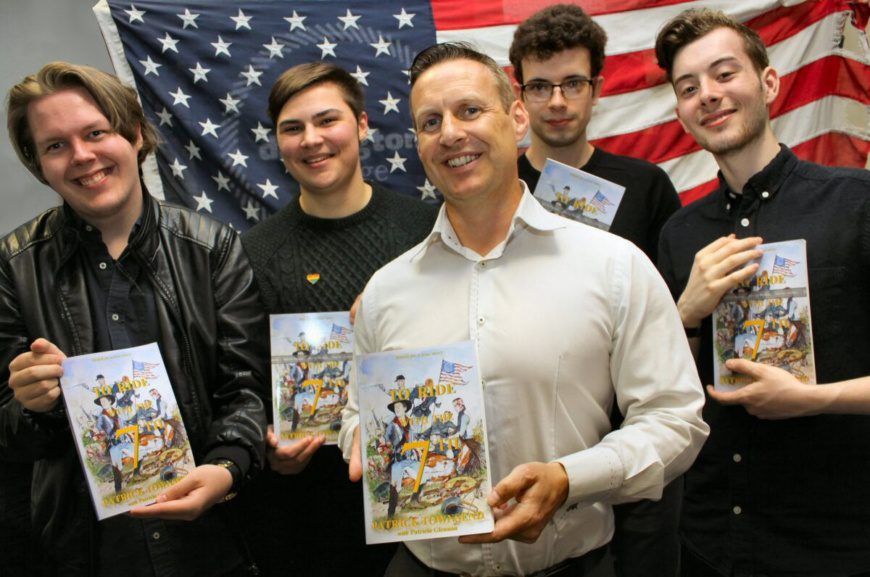 THE historical account of a North soldier’s fate at the Battle of Little Bighorn has been brought to life by young filmmakers. 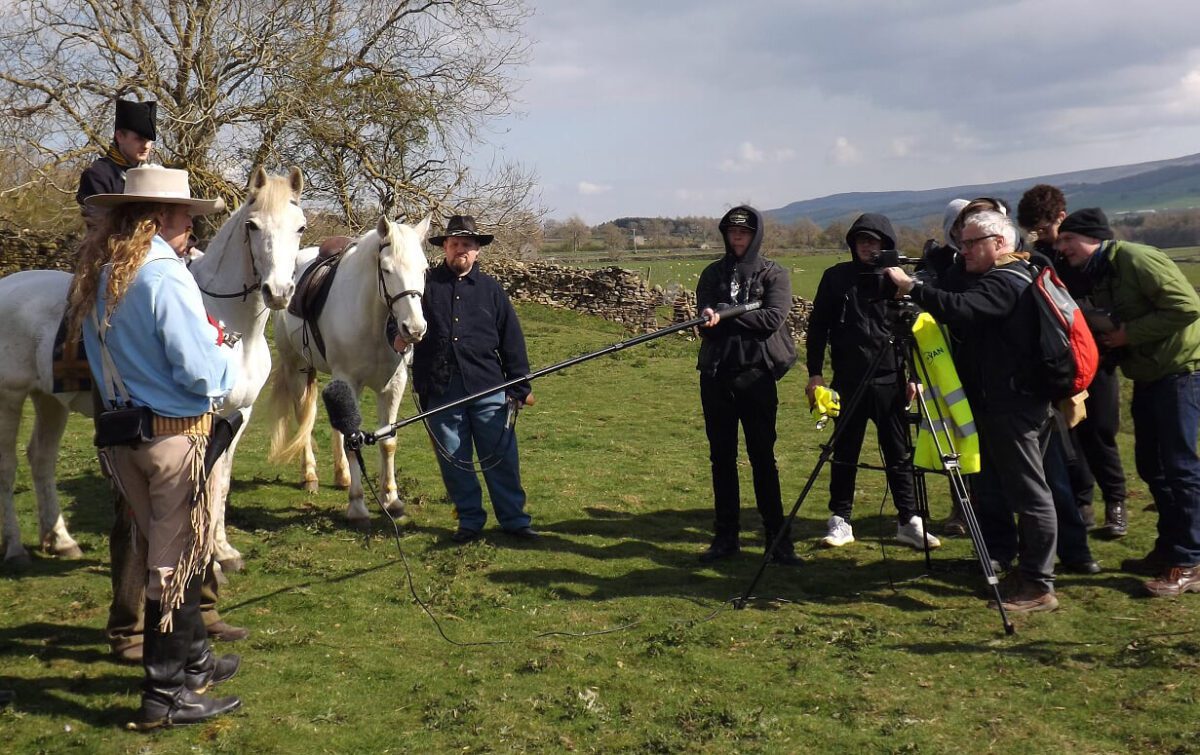 Media students at Darlington College have produced a two minute trailer for the book ‘To Ride with the 7th’ after being approached by local author and historian Patrick Townsend.

Richard Alsop, Kaidyn Wilkinson, Reece Goodham and Ben Fox, filmed produced and edited the story of Timothy Donnelly, a Darlington-born soldier who was killed alongside General Custer at the Battle of Little Bighorn on June 25, 1876.

The debut novel by Patrick Townsend traces the journey of 19-year-old Timothy Donnelly who emigrated from Tubwell Row, Darlington, to the New World with his family in search of adventure, romance, fast horses and chasing the American Indian.

After enlisting with the celebrated USA 7th Cavalry Timothy was slain by the native American tribes, gathered on the banks of the Little Bighorn River, along with the rest of his Company at the infamous Custer’s Last Stand.

Programme leader for University Arts London diploma Level 2 media Stephen Wade said: “We were initially approached by Patrick last year who pitched the idea of producing a film trailer for his new book.

“None of the students had ever heard of The Battle of Little Bighorn before but when Patrick mentioned Timothy and his connection to Darlington their interest really peaked.

“Students really bought into the project and what they have produced is a stunning piece of film work to a very high professional standard and one of the best pieces we have seen on the UAL course.”

Using 60 actors from the Lonestar Old West Re-enactment Group, horses, chickens and a pig, the students spent two days filming scenes from the book, including an epic battle re-enactment, in Leyburn, North Yorkshire.

Sound engineer Kaidyn Wilkinson, 20, of Darlington said: “We took Patrick’s vision and turned it into a fantastic trailer which really sets the scene for the book.

“It was fabulous work experience where we could be really creative and see the project through all its phases.”

Cameraman Reece Goodham, 20, of Richmond, said: “We gained real industry experience through the assignment, working with actors and animals in the freezing cold and learnt a lot which we can take forward.”

The trailer was shown to invited guests in the media suite of Darlington College at the launch of the book to coincide with the 143rd anniversary of the battle.

Author Patrick Townsend, of Darlington, added: “I am really pleased that the students took on the project and they have really done justice to the book.

“Having students who are around the same age as Timothy, and from the same town as him, create the film is a great homage to the young soldier.

“They have really contributed to his story by bringing a young man, who could have been lost to the annals of history, back to life.”

Trailer for ‘To Ride with the 7th’