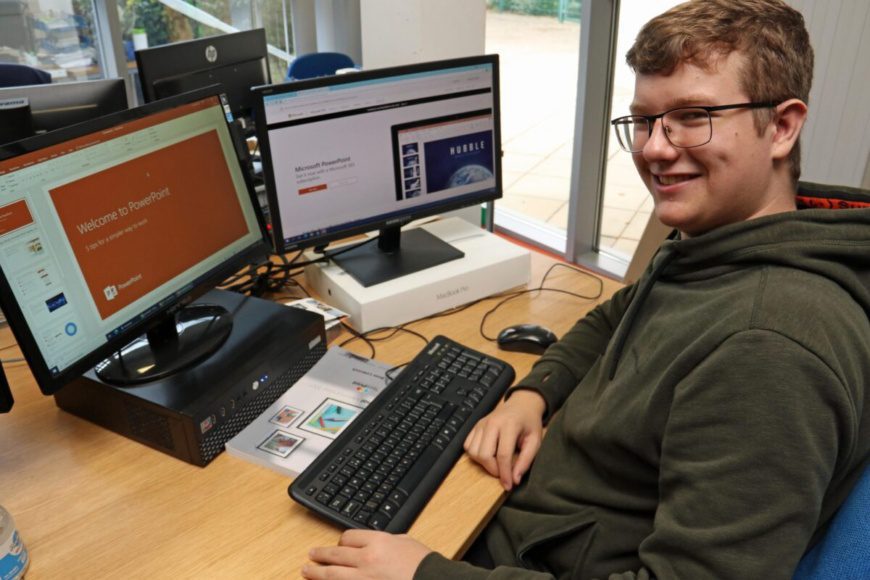 CYBER sleuth Jack McFadden is on a hyperlink to success after winning a prestigious IT competition.

The Darlington College student, who has just graduated with three Distinction*s in networking and cyber security, has taken the UK and Ireland title in the Microsoft PowerPoint competition.

The 18-year-old, of Newton Aycliffe, will now compete in the world finals in November, which would normally have been held in America but will now take place online.

More than 30,000 people entered the Microsoft contest which challenged contestants to tackle a PowerPoint presentation in just 40 minutes. Jack scored an impressive 97 per cent to take the UK title and send him into the final and the chance to win a trophy and 7,000 dollars.

“My Darlington College tutor Jason Miller encouraged me to enter because I was ahead with my work and he wanted to keep me engaged,” said Jack, who is now reading a degree in networking and cyber security at Teesside University.

“It was quite straight forward and I just worked through it like I would at college. I certainly didn’t expect to win and was shocked when I got the call. I’ll do some preparation work for the global finals. I had an issue with a question on a sound file so I’ll make sure I know all about them.”

His tutor Jason said: “During his Level 3 Extended Diploma in IT course Jack demonstrated a strong desire and determination to succeed and to satisfy his own high aspirations. He used his time effectively and efficiently to achieve the best result he could in everything he has undertaken at college and he deserves the highest praise for winning the competition.”

Jack’s interest in IT was sparked as a child by his father. “That was enough to get me interested and then overtake him,” he recalled. “It was as simple as games on his laptop including puzzle-solving and SpongeBob Square Pants and I’m still gaming now, particularly the creative building types.”

His degree will see him spend a year on an industry placement during which time he plans to develop links that will help him secure a top job.

“Cyber-security is huge and going to get bigger,” he said. “When I look at my grandparents on Facebook on their iPads it is clear that they and many others are going to be vulnerable to scams. If you are a massive company then you could fall prey to ransomware attacks and I would love to work for a large security business to help.

“University is the next step for me to improve the skills I have gained at Darlington College and learn as much as I can about the industry.”