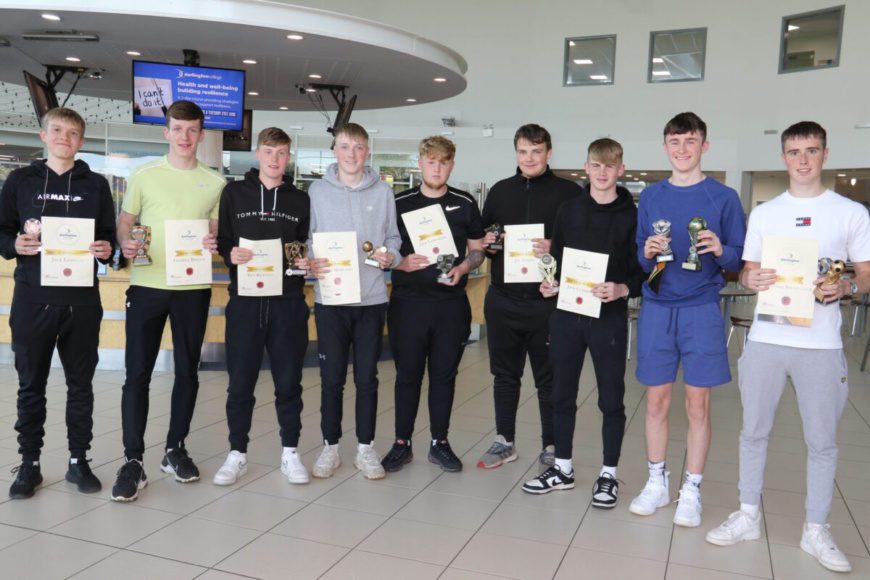 COLLEGE footballers celebrated in style after collecting individual awards for their efforts during a league winning season.

Students on the Martin Gray Football Academy programme delivered with Darlington College attended an awards ceremony at the Glasshouse restaurant where they collected a string of accolades.

Former professional footballer and manager Martin, who runs the initiative, told students: “I am so proud of all the students who had to cope with their studies and training during lockdown. To do that and then to win the league is outstanding.”

Students spent the past year reaping the benefits of a unique partnership that blends top quality football coaching with education, taking the AOC Sport Yorkshire Men’s Football Championship in the process after finishing eight points clear.

Accolades were also awarded for academic achievements including sports science, sports coaching and excellence of attitude.

The team won 13 of its 14 matches, which were played all over the North from Newcastle to Doncaster, losing just a single game. Players scored a total of 55 goals but only conceded 17.

Martin said: “As a group of players you worked well together on the pitch and in the college. What you have achieved has been brilliant. The year has been so successful because of the way you have conducted yourselves.”