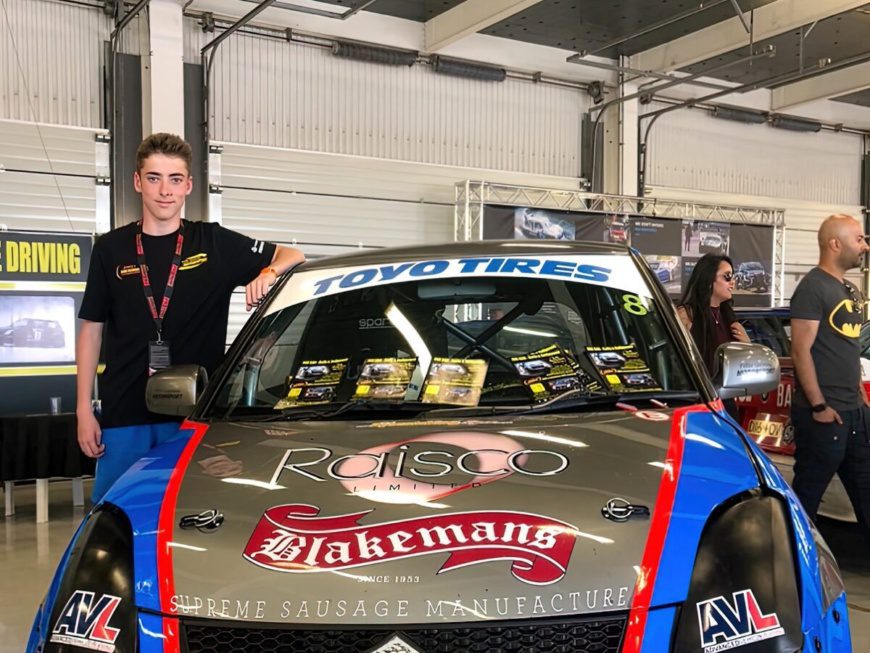 A YOUNG engineer is in pole position for a successful career after securing a prestigious place on an academy programme run by Mercedes F1.

Darlington College engineering student James Constantine has taken up a position in Northamptonshire at the Mercedes AMG high performance powertrains centre in Brixworth.

He is honing his skills by helping engineers keep Mercedes F1 drivers Lewis Hamilton and Valtteri Bottas at the front of the Formula 1 grid.

James, a rally cross driver, applied to join the programme after leaving Richmond School to study a Level 3 extended diploma in engineering at Darlington College.

“I went for an interview and they told me to get some experience, which I did in a garage,” said James, 18, of North Cowton.

“I applied a year later and got in and am now working in the testing department which is great.”

Motor racing is in James blood. His father is a rally driver and James grew up at Dalton-on-Tees, in the shadow of Croft Circuit. His interest in things automotive started at the age of 10 and he currently drives a Suzuki Swift in the national rally cross championships.

“I have always been into F1 and the hope is that the academy place turns into an apprenticeship,” he said. “When I first visited the F1 factory it was amazing and I hope to progress in F1 as far as I can.”

He had high praise for Darlington College. He said: “I would really recommend it as you get to study in the classroom but also get time to gain work experience and my tutor Rob Elliott was always there for me if I was ever stuck on anything.”

Mr Elliott added: “James’s story is a great example of the diverse range of amazing opportunities available in engineering. He certainly deserves his chance working at the top of motorsport as he was courageous enough to approach Mercedes and tenacious in pursuing his dream.”