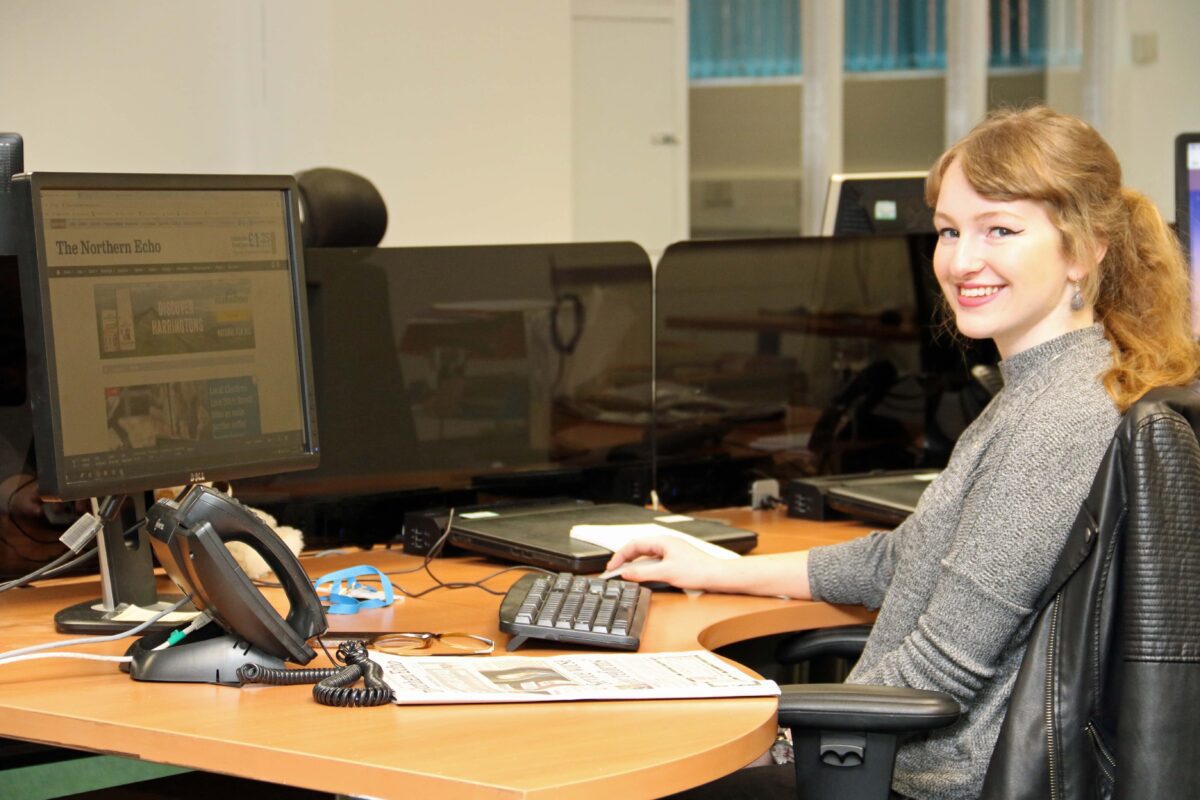 THE writing is on the wall for a poet turned journalist after she completed her apprenticeship with distinction and secured a job as a reporter.

Darlington College apprentice Paige McDermott has been taken on as a trainee reporter by The Northern Echo where her investigative skills revealed the extent of plastic pollution in the North-East and the poor rates of recycling in the region.

The 22-year-old, from South Shields, became interested in writing when she was at school, a passion which grew when she read a degree in English literature and creative writing at the University of Chester.

“I used to write poetry for open mic events and I remember getting a good response to a tongue-in-cheek poem on being Charles Dickens’ girlfriend but breaking up with him,” she said.

“After university I spotted the apprenticeship opportunity at Darlington College and it has been great spending a day in the classroom learning the theory and the rest of the time putting this into practise at the Echo.

“I love quirky stories and enjoyed tackling an issue, such as plastic pollution, which one minute saw me on a beach clean-up, the next interviewing an artist who fashioned her work from rubbish.”

As a Newsquest trainee Paige works from head office in Darlington producing news and features for the group’s papers and on-line digital platforms, as well as building a portfolio over the next 18 months to secure the National Qualification in Journalism required to be a senior journalist.

Journalism tutor Sue Calvert said: “Paige has a natural eye for the quirky and certainly tackled the common issue of pollution with a fresh and alternative approach producing stories and features which captured your attention. We are thrilled that Newsquest has recognised her many qualities and offered her a post.”