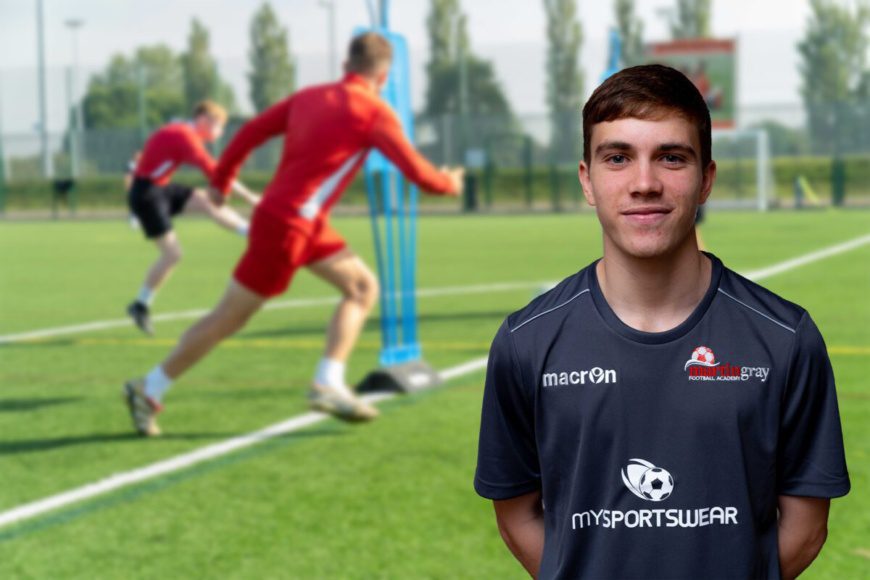 A PROMISING footballer has been selected for the England squad becoming a college’s first ever student to represent his country.

He had been honing his game at the Foundation of Light in Sunderland but decided to join MGFA and Darlington College instead where is prowess has gone from strength to strength.

“Since joining them I have been selected to play for my county and taken part in my first ever football trials, with Middlesbrough and Sunderland,” said Ben, a keen Boro fan, who is inspired by Aston Villa’s No10 Jack Grealish.

“My name was then put forward for England Schools and we are due to play the RAF U23s on January 25 and attend a PSV training session in the Netherlands. Next year we will also play Scotland, Ireland and Wales.

“I’ve loved football for as long as I can remember and my dad John has been coaching me since I was about five. He is thrilled with my selection. Things are going really well at the moment and I hope to play at the highest level I can for as long as possible.”

Martin Gray said: “We have certainly managed to ignite Ben’s passion for the sport and he is now making a name for himself in the game. It is great for Darlington College too, to have someone now playing for the country.

“Ben is so committed to learning and developing his game. He constantly wants to be challenged and takes his training and education very seriously to give himself the very best chances of success. I am really excited about his future.”