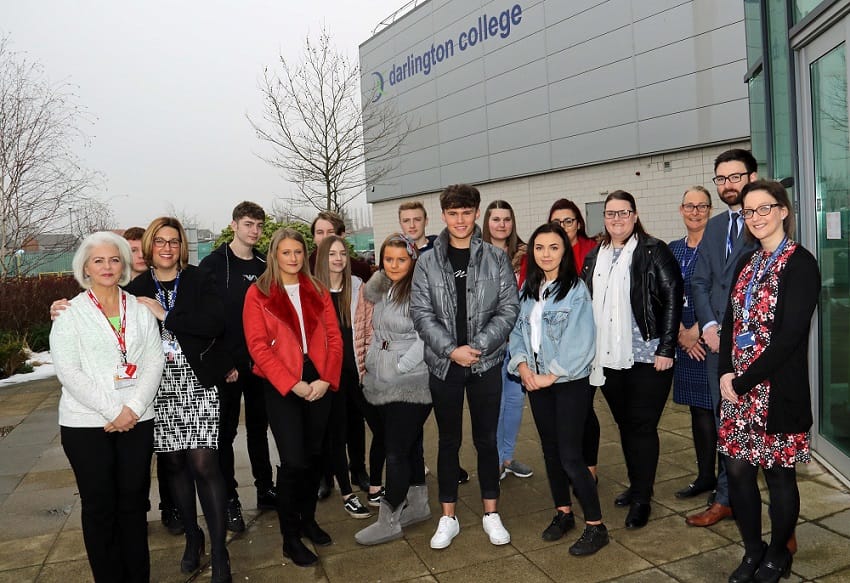 Changes in legislation have seen the quality of candidates increase and the latest tranche features mature students and graduates from Darlington, Hartlepool, North Yorkshire, Teesside and County Durham.

After an introductory week at Darlington College from March 5, the group will work full-time for a year developing the variety of skills employed in an array of departments at the Darlington-based Student Loans Company.

They then return to the college classroom for block release periods and Level 2 business administration qualifications are awarded based on their performance and course work with the prospect of securing permanent office jobs at the end of the year.

“We have devised a special programme that allows them to use their work skills in the classroom and college learning in the office. Many of the apprentices recognise the importance of education and and want to work for SLC to help other students achieve high level qualifications.”

Chelsea Hurman from SLC said: “We’ve been successfully running an apprenticeship scheme at SLC for a number of years, most recently with Darlington College. There is a growing band of apprentices making their way up the career ladder at SLC and are now helping the next generation of apprentices find their feet.”

For apprentice Zoe Harrison, 19, of Darlington, the apprenticeship is an opportunity to become grounded after her initial thoughts of working in aviation.

She said: “I had thought of becoming cabin crew but my family work for The Student Loans Company and speak very highly of it. The apprenticeship gives me the chance to earn while I learn and work for a large organisation with great prospects of promotion.”

Volunteering in Peru showed apprentice Grace Umpelby the benefits of education encouraging her to work for The Student Loans Company.

“I helped build a school in an area where children had absolutely nothing and were so grateful for the help we gave them,” said the 18-year-old, of Crook.

“My mum worked for SLC so I know how important to the education system their work is. I’m really excited about starting the apprenticeship which should help me avoid student debt and provide a great opportunity for a job at the end of it.”

Charlie Lennox, 18, of Peterlee, sees the apprenticeship scheme as a better route into a career than university. He said: “I’m looking forward to developing my skills while earning and hopefully there’s the prospect of employment at the end of the apprenticeship.”