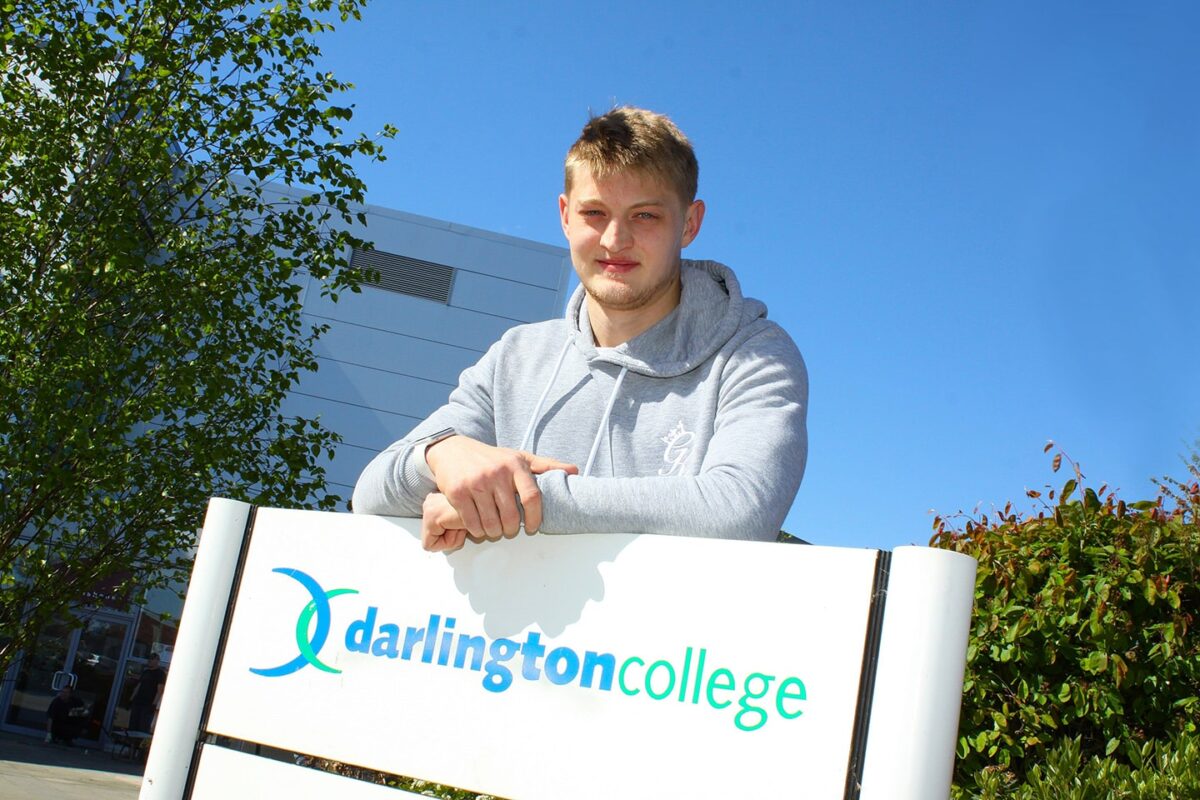 The 20-year-old striker, of Wolsingham, will move to the Riverside at the end of the season after catching the eye of Boro bosses with an impressive 28 goals for his current club Blyth Spartans.

Luke, son of former Middlesbrough forward and current Blyth Spartans manager Alun Armstrong, said: “I’m absolutely over the moon. I was released by Boro when I was 17 so to go back to the club feels like going home.”

Offered his first professional contract by Birmingham City, Luke then went on to play for Cowdenbeath, in Scotland and in 2016 signed professional terms for Evo-stick Northern Premier League leaders Blyth Spartans.

“As I was only playing part-time for Blyth, I started doing some coaching for Middlesbrough’s development centre,” said Luke.

“I’ve always been interested in the gym side of training so I asked one of the coaches at Middlesbrough FC about getting a qualification in fitness.

“Because the football club have always used Darlington College for their scholars programme, he suggested that I contact them to see what courses they had on offer.”

Luke signed up for the full-time Level 3 personal training programme enabling him to qualify as a personal trainer and also undertake tuition in sports massage.

“The course has been great,” said Luke. “I’d always hoped to get back into playing full-time football but this qualification was my back up plan to perhaps work as a personal trainer or even progress to university to study sports science.

“Now I can use what I’ve learnt at college to help improve my own fitness, strength and movement and hopefully push for a first team place at Middlesbrough as they strive to get back in the Premiership.

“The only downside of my signing is that my dad now has to look for another striker at Blyth, but I know he’s really proud of my achievement.”