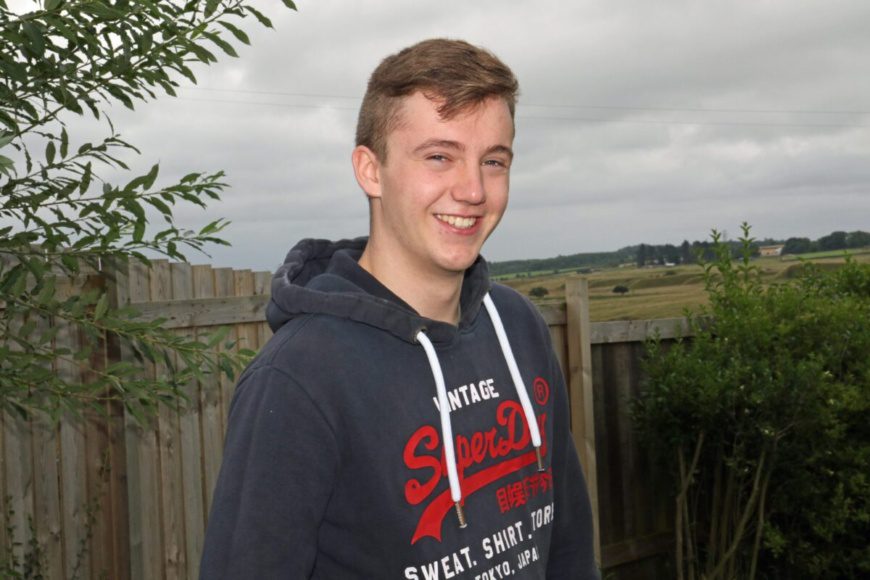 A ROBOTICS student is looking forward to speeding ahead with his future studies after having to share limited rural wi-fi with his 11 brothers and sisters during lockdown.

Darlington College engineering student Jonah Middleton was thrilled with his results which will now see him study a four year mechatronics and robotics degree at Hull University.

“Our home internet wasn’t the best,” said the 18-year-old, who lives near Butterknowle. “And it was worse still when my two sisters and nine brothers were all on digital devices. There were times when my screen would freeze but I must have managed okay as I managed to secure a Level 3 extended diploma.”

Jonah has been interested in engineering since Year 9 at Staindrop Academy. “It was just something that caught my eye as I like building things and taking them apart,” he said. “I found it fun and was one of the best in the class.

“I discovered the engineering course at Darlington College and that was also great fun and my tutor, Rob Elliott, was very good at explaining things. You only have to ask him once and the whole class instantly understands. He makes classes so interactive that they fly by and the students develop the right mindset for engineering.”

With an interest in robotics, Jonah found the degree course at Hull. “I went on an open day and they have robotic arms and an Apple robot that walks around the room looking at you and moving its eyes – it’s terrifying,” he said. “I’m also a big fan of Marvel and they have a ‘Tony Stark’ hologram desk which projects in 3D, which is the stuff of Ironman.”

After completing his degree Jonah hopes to work in industries which use robotics, possibly the Nissan or Porsche automotive plants.

“I think robotics is the future so it’s great to get into it now,” he said. “Who knows, I could be the next Elon Musk.”