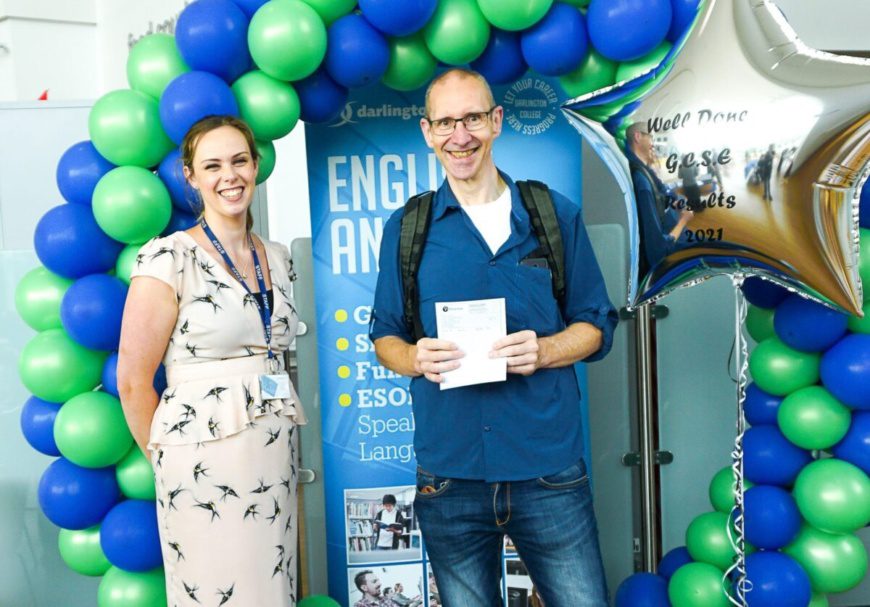 THE numbers are finally adding up for a student who has passed his maths at the age of 52 allowing him to pursue his dream of going to university to become a mental health nurse.

Darlington College student William Wilson will use the qualification to “repair the wreckage of the past” after a lifetime of struggling with numbers and his mental health.

“I was always hopeless at maths at school and started to have issues with my mental health from around 18,” recalled William, of Darlington.

“I did suffer from depression which stopped me working and I was unemployed for a long time, which took its toll on my self-esteem. After falling on my face so many times, there was a time where I thought it wasn’t worth getting back up again.”

William sort professional help and started to regain a sense of hope. The charity Roots to Work suggested an Access to HE Diploma (Health) course at Darlington College. “I never considered myself as being educationally-minded but I did really well and was awarded a distinction, though it was also highlighted how weak I was at maths,” he said.

“I felt so uncomfortable with maths and had always tried to avoid it. But my Darlington College tutor was brilliant and helped me exercise my demons. I was nervous but the college was absolutely amazing in how they delivered the course online and were so approachable and supportive.”

William has now been accepted on a three year BA Hons degree course in mental health nursing due to start at Teesside University at the end of September.

“I’d always wanted to be a nurse but never imagined that I would be able to or go to university,” he said. “Now I am looking forward to studying and working with the Tees, Esk and Wear Valleys Mental Health NHS Trust.

“The course combines academic study with practical training which is really good mix for me. Where I felt I had missed out on life I now feel like a teenager in a man’s body just starting out again and I am looking forward to using the experiences I have been through to help others.”