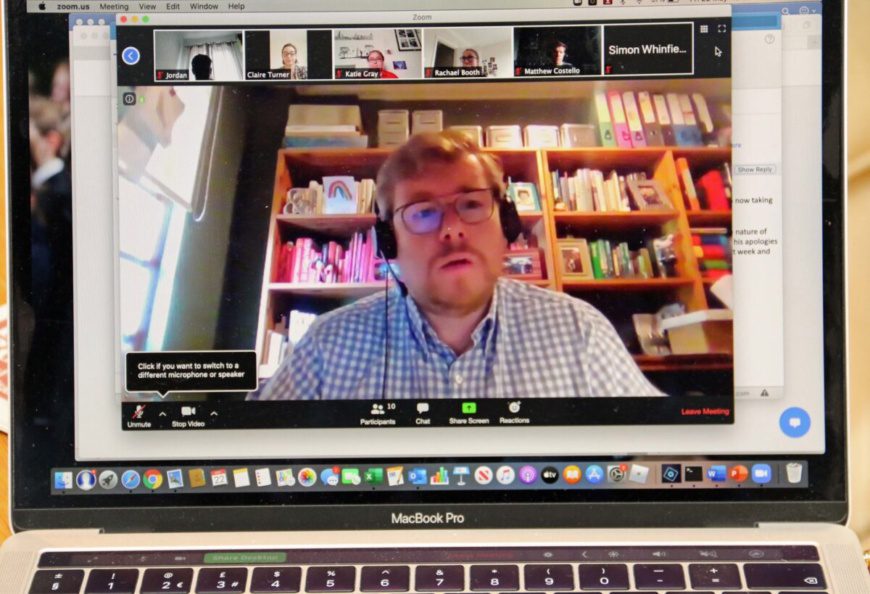 STUDENTS have been given a taste of politics in a pandemic after video calling their local MP.

Conservative MP Peter Gibson spent more than an hour chatting over the internet with students from Darlington College about working nationally and locally through lockdown in one of the busiest constituencies in the country.

He told them, on average, MPs made contact with around 1,000 constituents a year. But since he had been elected on December 12, he had been in touch with more than 3,500.

Just after opening their new Darlington office the country had been put in lockdown. “But it is still the most amazing job in the world,” said Middlesbrough-born Peter, who has been interested in politics since he was 11.

“When individuals and organisations come to me who have been doing battle for months or years and you can write a letter which helps resolve the issue, there is no better feeling.”

Peter described his route into politics, which proved to be an exercise in resilience. Having begun as a child delivering leaflets for a family friend who was standing in the council elections, he joined the Conservative Party aged 16.

He graduated from Newcastle University with a law degree and qualified as a solicitor before standing in various council elections, failing to gain a seat. In 2017 he failed to win selection as a parliamentary candidate in Middlesbrough, eventually standing in Redcar in the election but unsuccessfully.

In 2018 he was chosen by Darlington Conservatives and elected the following year overturning what had been, historically, a safe Labour seat.

“I love the buzz of elections and am now working with the Government to make sure the voice of Darlington is heard,” he said. “I am able to have conversations to take Darlington forward. The £75m for Darlington Station, for instance, was influenced by a conversation with the Chancellor.”

Students asked the MP a host of questions ranging from how the Government could ensure effective learning for children during the lockdown and whether university fees should be discounted during the pandemic, to whether frontline staff, now held in higher esteem, would be rewarded with better wages after the crisis was over and would the country be better prepared if it happened again.

Darlington College’s marketing and employer engagement manager Claire Turner asked him what was the best route into politics.

Peter said: “If you have a view of anything then politics is a great way to get your voice heard. You can get involved with your local party, whatever your political persuasion, just give it a try. Watch the news and read a good quality newspaper to stay informed. There are no barriers to anyone getting involved and the more people who are, the better politics is for everyone.”