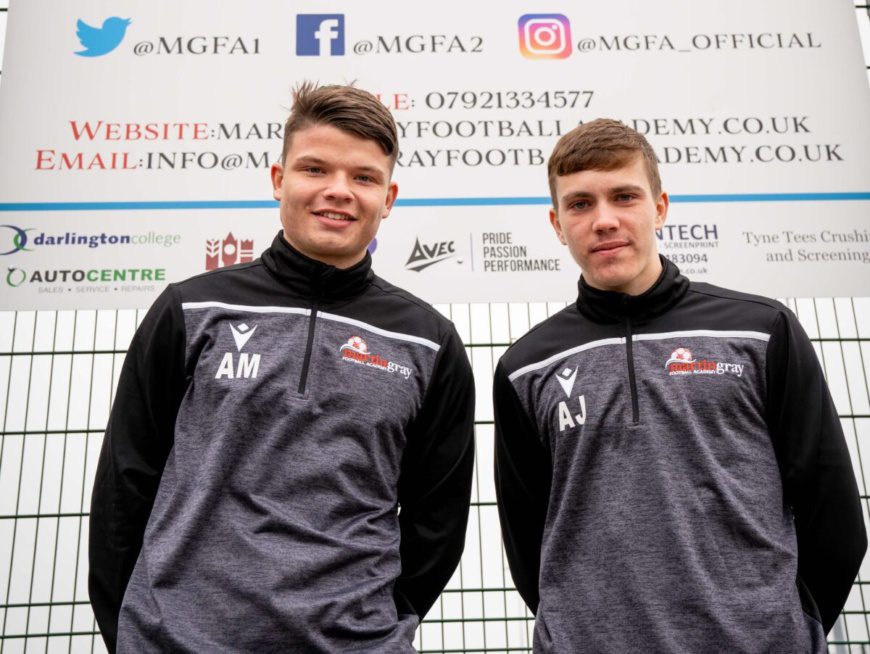 Stevie Johnson who is currently training on the joint Martin Gray Academy /Darlington College course has been called up to play for the England Schools Under 18’s this weekend.

Johnson, who already plays for the Durham County Squad and Durham Schools, has shown that hard work and determination pays off, after he was originally unsuccessful in the England trials. However, after going on to impress at County matches, he received the call to play for England Under 18’s. He will join fellow student Ben Reay this weekend when they play against a University team linked to FC United in the Northern League.

Coach Martin Gray said ‘To have two students from the Martin Gray Academy in Darlington playing for their country is outstanding. This is an exciting time for the players and we take pride in supporting our students, alongside the college to reach their full potential.’

Find out more about MGFA and Darlington College by visiting darlington.ac.uk