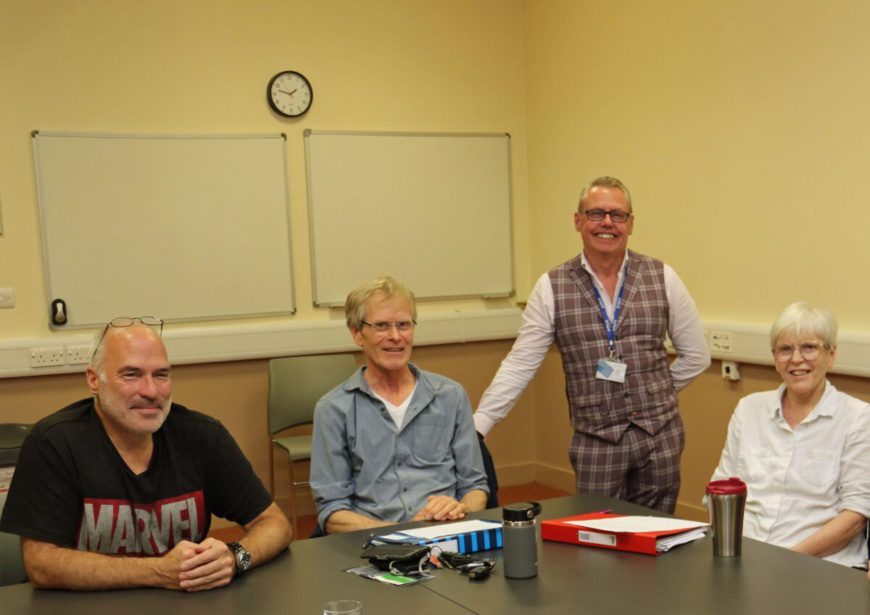 LEARNERS are making the mundane magical as they explore their creativity and the power of prose.

Students have embarked on the next stage of their creative writing on a Darlington College course delivered at Catterick Leisure Centre that is proving so popular it is being extended to the Hippodrome Theatre, Darlington.

The Darlington College course began as a taster in North Yorkshire and has developed into a 20 week programme examining all aspects of writing from non-fiction to fiction, historical to scripts.

For lecturer Mark Wallace creative writing has carried him through illness and grief and from a career as a painter and decorator to a trained teacher with a passion for words.

Mark suffered a stroke at 35, another at 39 and spent a year getting over a heart problem. He lost his wife when she was 40 leaving him with his two daughters.

“I thought I have to change my lifestyle and went back to college to do an access course,” he said.

“I love writing and it’s a joy to share it,” he said. “Talking to people comes easy and they open up during the course to find out more about each other. They produce some brilliant work.”

Army musician Peter Long signed up for the course to fill in time while he awaited an operation on an injured shoulder. “I love it, the way the ordinary becomes extraordinary,” he said. “It makes you think about the mundane and how you can turn this into a story. I’ve always been imaginative and felt I could write, now I have the confidence to do that.”

Retired teachers Peter and Georgina Bowles, of Richmond, signed up because they like new experiences.

Peter said: “I’ve written braille books for blind children and this has given me the stimulus to do more, including developing characters who have disabilities.”

Georgina added: “I never thought I could write and now am enjoying using my imagination which has given me focus.”

For Danny Buckle, of Staindrop, the course has helped him overcome the anxiety which prevented him going to university.

“This is an important stepping stone,” he said. “It is part of the reintroduction process and it is working because it is a small group, is not overwhelming and feels productive.”

Anyone interested in the creative writing course should email aste@darlington.ac.uk.