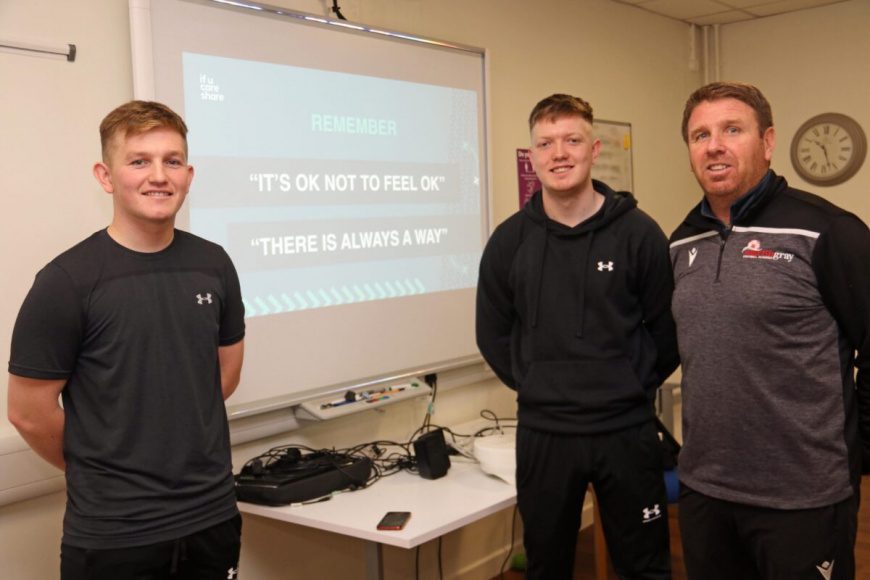 YOUNG athletes on the cusp of entering the high pressure world of football have been urged to speak up in an initiative designed to protect their mental health.

Brothers Tom and Harry Young spoke about their personal experiences of losing a cousin to suicide at a workshop for Darlington College students in the Martin Gray Football Academy.

The Young brothers now work for the Chester-le-Street based charity If U Care Share, which aims to save lives, support communities and prevent suicide. 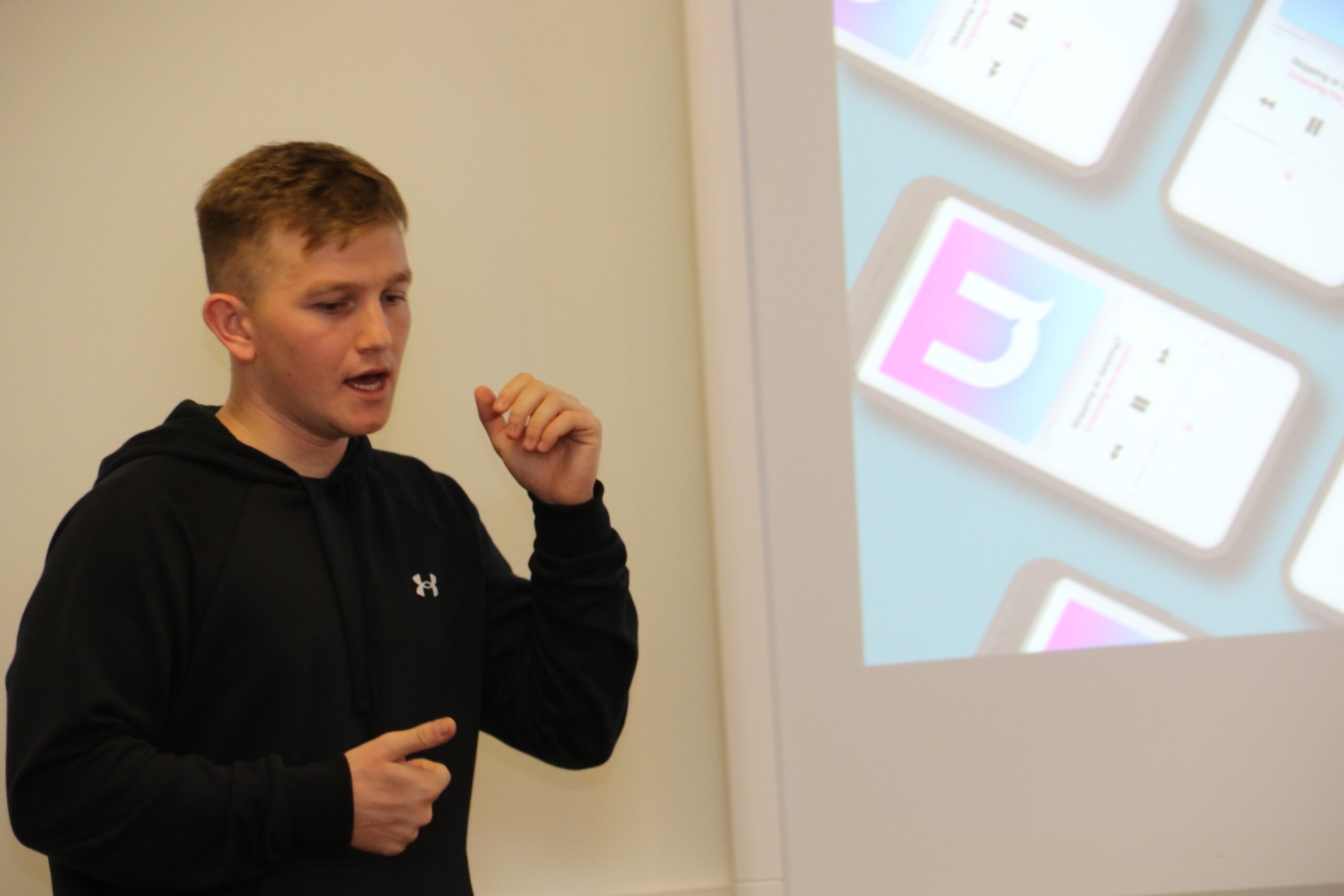 The charity was established 16 years ago by the family of Daniel O’Hare, from Lumley, near Chester-le-Street, who took his own life at the age of 19.

Daniel had no previous history of mental health problems or shown any outward signs of his intentions.

His younger brothers, Matthew and Ben, and cousin Sarah set up the foundation because they wanted to do something positive and prevent another family suffering a similar experience, as well as creating a lasting memory to Daniel.

One in four young people experience mental health issues and the North-East has the highest rate of suicide among men under the age of 50 in the country because culturally they find it difficult to talk about their problems.

“When Liam took his own life we were shattered as a family,” Tom, of Durham, told students. “Liam was a normal young lad. He had some issues like we all do but he had a baby son and was turning his life round. We felt we had failed him as a family.”

“Never underestimate the power of conversation,” he said. “Young men aren’t good at talking about their feelings but the answer is to speak to as many people as they can especially if they are feeling negative.”

Harry said: “We are meeting lads who want to become professional footballers but it’s an industry where only one per cent will reach their goal and the rest will face disappointment. For those who make it, they will have to face coming down the leagues as they get older and being out of the game completely by the age of 35.” 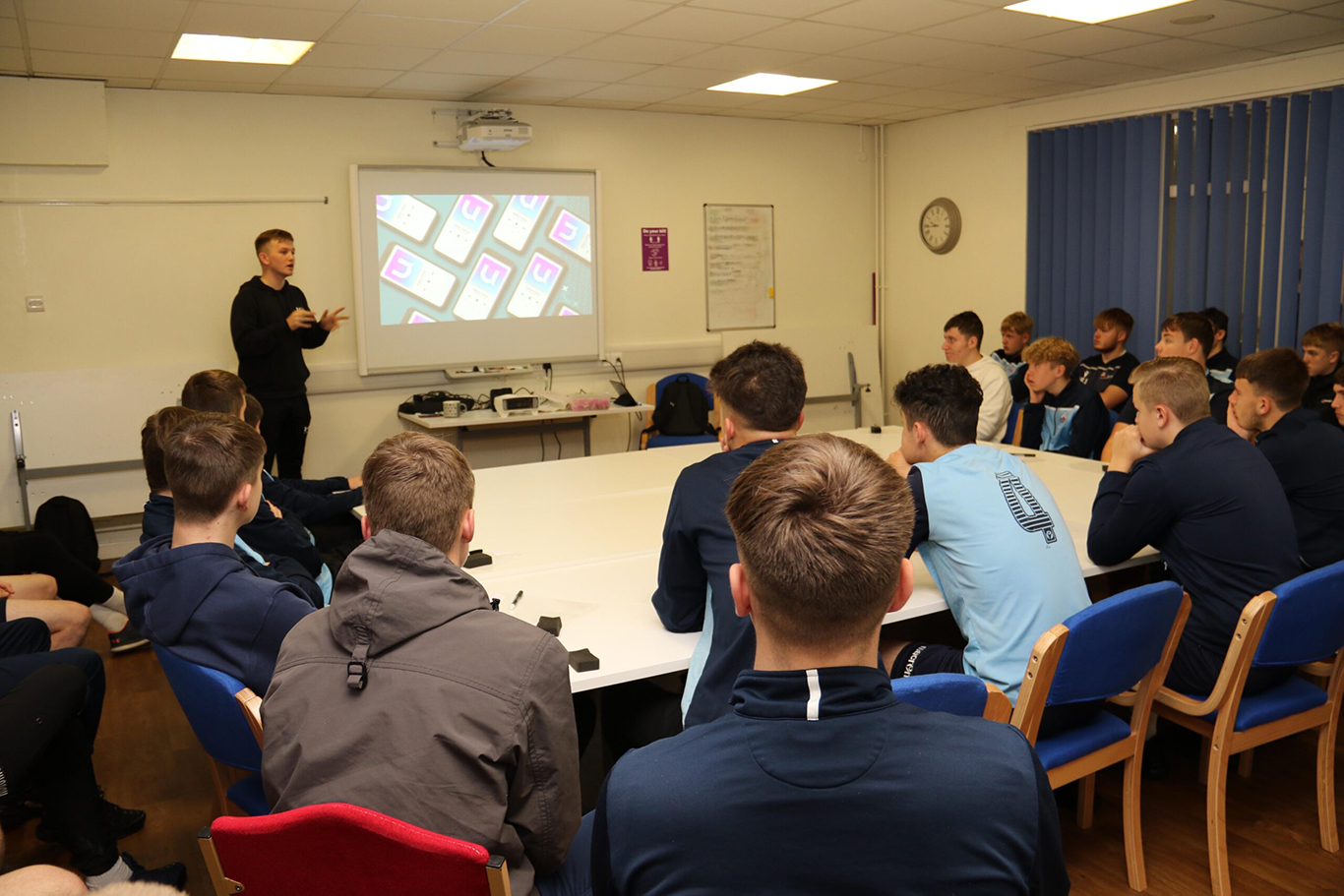 Tom added: “It’s a very high pressure environment in terms of results and while the physical aspect of football is fantastic at looking after your mental wellbeing it can also contribute to poor mental health.”

Martin said: “This has been an amazing opportunity to help change young people’s mindsets. As men we bottle it up until we explode and this is something we need to change by offering more support. There are so many modern day influences on young people so it’s important that we reach out to help and that they understand the importance of speaking out.”

Darlington College student services and safeguarding manager Julie Davison added: “The education around mental health support is vital for all of our young people and it is great to see this is being threaded through our sports programmes to support our students.

“We offer a lot of additional help in college should anyone feel they need it. We have a dedicated student support and safeguarding team who can listen and assist with any issues and we also have the benefit of a full time counsellor for students who need additional therapeutic support.”