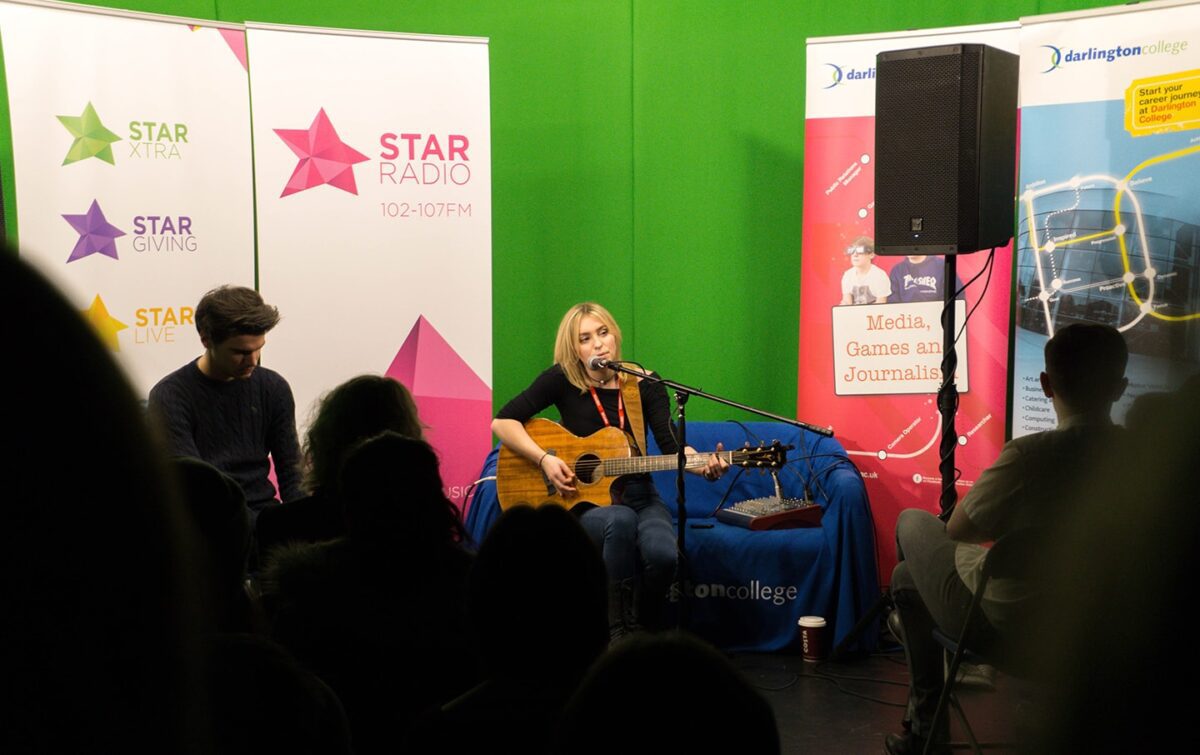 Beth from York released her single on January 1 and it reached number two on the singer/songwriter charts on iTunes, just one below Ed Sheeran. It also has enjoyed thousands of views on her Youtube channel.

The 18-year-old singer and songwriter joined students to share her journey to success and take part in Q and A session as part of the college’s Star Academy course which produces a weekly radio show for Star Radio from the college. She was interviewed by Star’s Emil Franchi.

Beth told the audience she had been singing and song writing since the age of 13  and started doing gigs in pubs and clubs when she was 16. She said her dad inspired her to sing and now is her biggest fan.

Beth first TV performance was on The Voice in 2014 when she was 16. She sang her own version of ‘Sexy and I Know It’ by LMFAO. Judge Ricky Wilson was the first judge to turn around on his chair. Beth said: “I was looking down when Ricky pressed his button, so I didn’t realise until I looked up and saw him half way round.  I got excited inside, but I told myself to stay calm and keep singing!”

Beth now plans to continue writing and creating music, even though her ambition for the future is to write songs for other artists.

“Being at Darlington College here has been great, it’s a bit like a live gig!”