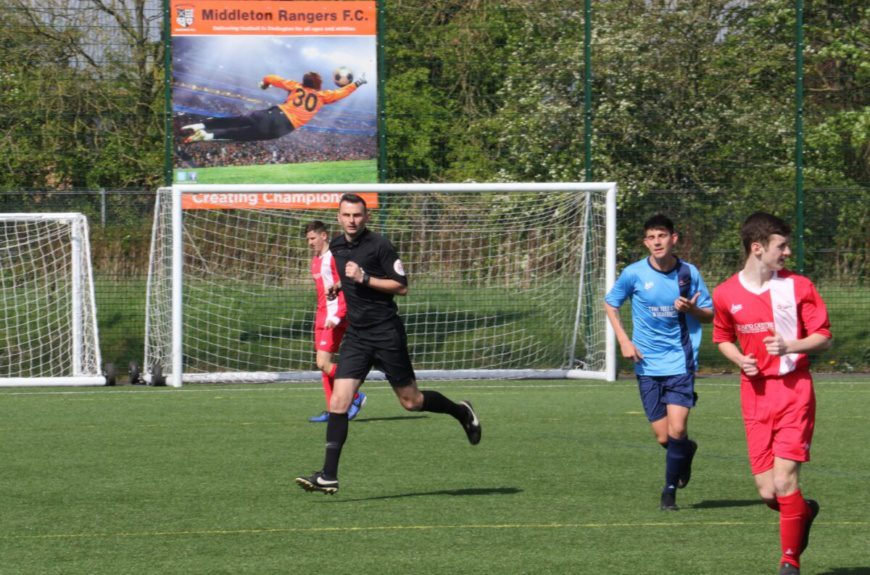 A TOP referee, whose claims to fame include awarding the very first penalty and red card at the new Wembley Stadium, has been inspiring students to consider wearing the black strip.

The college is working on plans to offer a refereeing qualification which would be delivered through its partnership with the Martin Gray Football Academy. More than 55 students currently study the sports course which blends academia with skills development and coaching.

Mr Oliver, 34, told students how he had ‘fallen into’ refereeing and had inadvertently followed in the footsteps of his father. “I always loved football and as a teenager played centre half for Newcastle Academy,” he said.

“I had lots of ability but no heart. I was too small, too lightweight and I didn’t think I’d make it. I got tired of playing. My dad encouraged me to take the refereeing course and I did it for the pocket-money. I expected to take a year off but never went back to playing.”

In his 9th Premiership season with 231 games under his belt, Mr Oliver also has an international reputation and referees top flight matches around the globe.

“I started refereeing Sunday morning adult games, pub team football, which certainly taught me how to deal with people,” said Michael, whose wife is also a referee.

“I kept progressing through the levels and when I officiated at the Conference League final at the new Wembley stadium became the first to award a penalty and a red card.

“I was on the verge of refereeing my first Premiership game when it was called off for snow and then I broke my leg and was out for the rest of the season. It is certainly a job where you need resilience, particularly when I was the youngest referee and in the media spotlight.

“Now I get to travel all over the world, which is a great lifestyle and I get paid to be part of the sport. I would definitely urge you to give it a go as it exposes you to a variety of cultures and helps you grow as a person.”

Martin Gray told students: “As a young player I had difficulties with the black strip until I was invited to train with them which broke down the barriers. Respect is massive now within sport and certainly with officials. 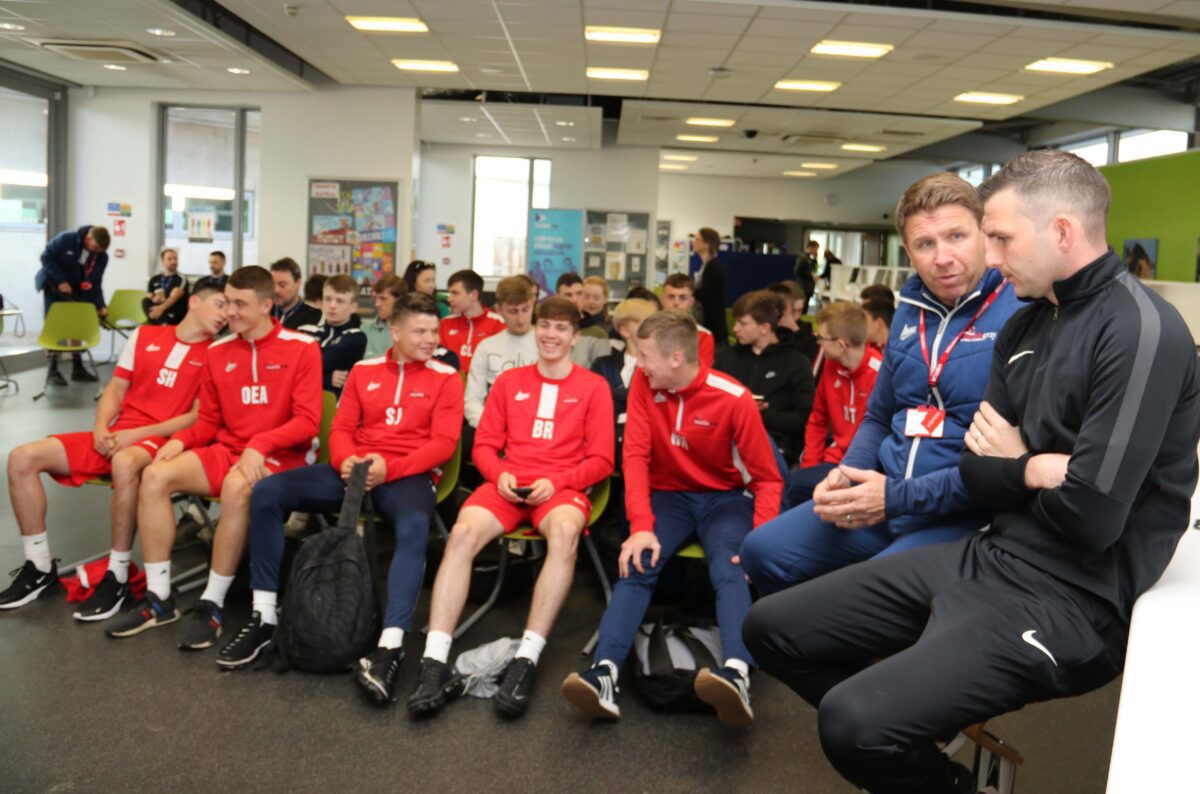 “There are huge opportunities within refereeing around the world in the men’s and ladies’ game and it can lead to an incredible career on the big stage.”