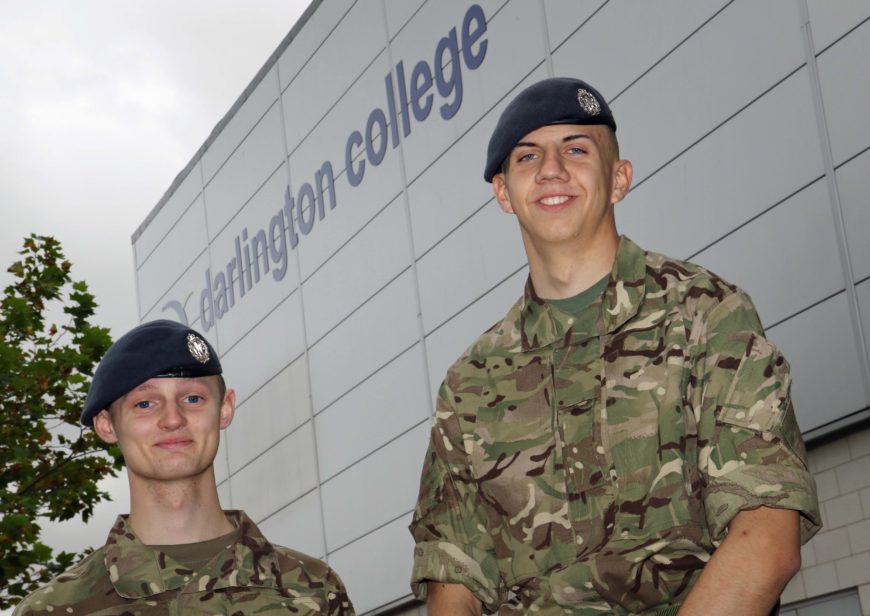 Chemical, biological and nuclear attacks, weapons handling and first aid following an air crash were among basic training scenarios the duo had to endure to secure a place in 609 Squadron, at RAF Leeming.

The success of the 18-year-olds is expected to stand them in good stead for careers in the RAF or university if they choose higher education.

Darlington College lecturer Neil Parry said: “It is not easy getting into the reserves, particularly the RAF, and we are all incredibly proud of their achievements. Their classmates really do look up to them, holding them in the highest esteem as role models.

“We are very keen for our Level 3-5 students to take this important step into vocational learning, whether as cadets or through volunteer experience with the police and fire service. They can learn skills – such as leadership, teamwork, communications and problem solving – which are transferable qualities for any career.”

Adam, a former Carmel College student, of Darlington, said the experience had helped him decide that the RAF Regiment was the career for him.

He said: “I absolutely loved the basic training which showed me this is what I want to do with my life. Being part of a military exercise was great. We had to attend to three casualties from an aircrash and the dummies were very realistic including amputated limbs.”

Jacq, a former Bedale High School student, of Richmond, added: “I enjoyed the routine, the fact you knew exactly what you were going to be doing from the minute you were awake, and the camaraderie.”